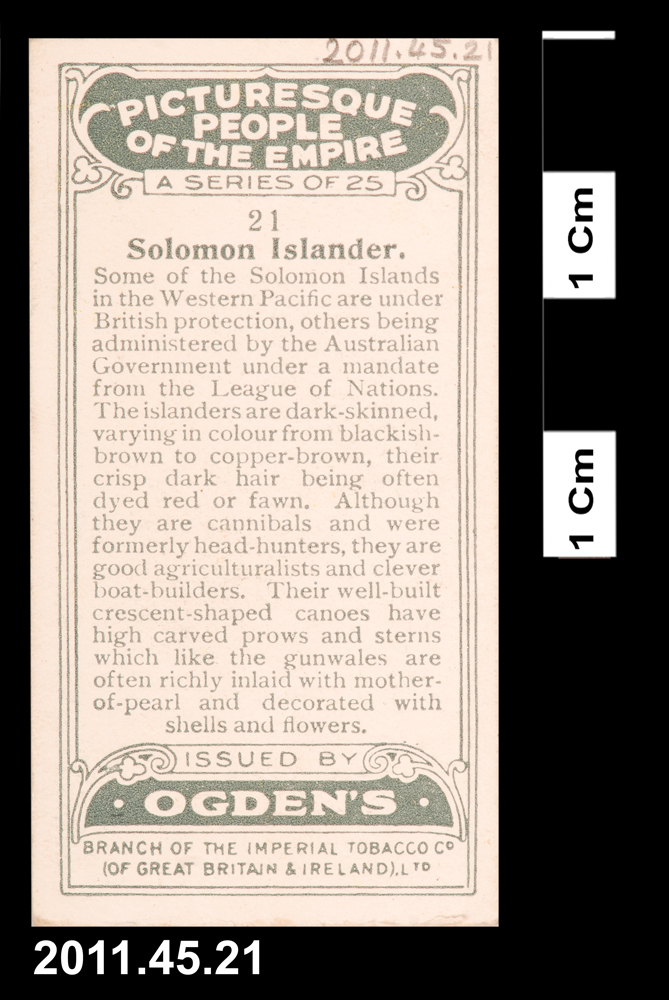 Number 21 in a set of 25 cigarette cards entitled 'Picturesque People of the Empire' issued by Ogden's branch of the Imperial Tobacco Co. Ltd. There is a picture on one side with an inscription reading 'Solomon Islander', and a description on the other side. The text on the reverse reads: 'Some of the Solomon Islands in the Western Pacific are under British protection, others being administered by the Australian Government under a mandate from the League of Nations. The islanders are dark-skinned, varying in colour from blackish-brown to copper-brown, their crisp dark hair being often dyed red or fawn. Although they are cannibals and were formerly head-hunters, they are good agriculturalists and clever boat-builders. Their well-built crescent-shaped canoes have high carved prows and sterns which like the gunwales are often richly inlaid with mother-of-pearl and decorated with shells and flowers.'