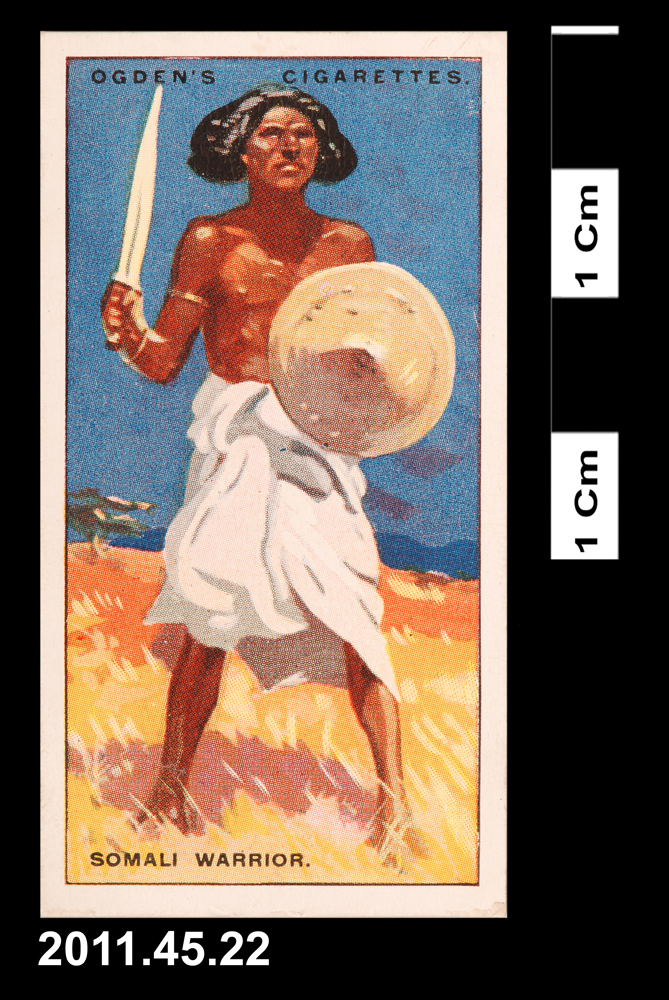 Number 22 in a set of 25 cigarette cards entitled 'Picturesque People of the Empire' issued by Ogden's branch of the Imperial Tobacco Co. Ltd. There is a picture on one side with an inscription reading 'Somali Warrior', and a description on the other side. The text on the reverse reads: 'The Somaliland Protectorate is a triangular territory about 68,000 square miles in extent, south of the Gulf of Aden. The Somali people are a race of magnificent physique, tall and active, varying in colour from brown to black. Boys and young men wear their curly or woolly hair in a huge mop, while old men shave their heads. They are a fighting race carrying, as a rule, spears, shields and short swords; and guns when they can get them. In some tribes warriors by killing a man earn the right to wear an ostrich-feather in their hair.'