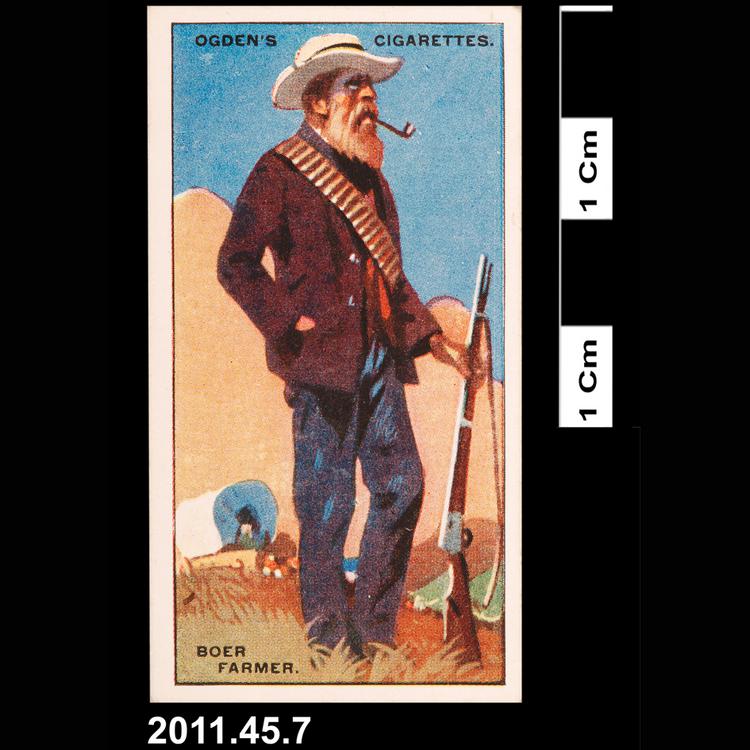 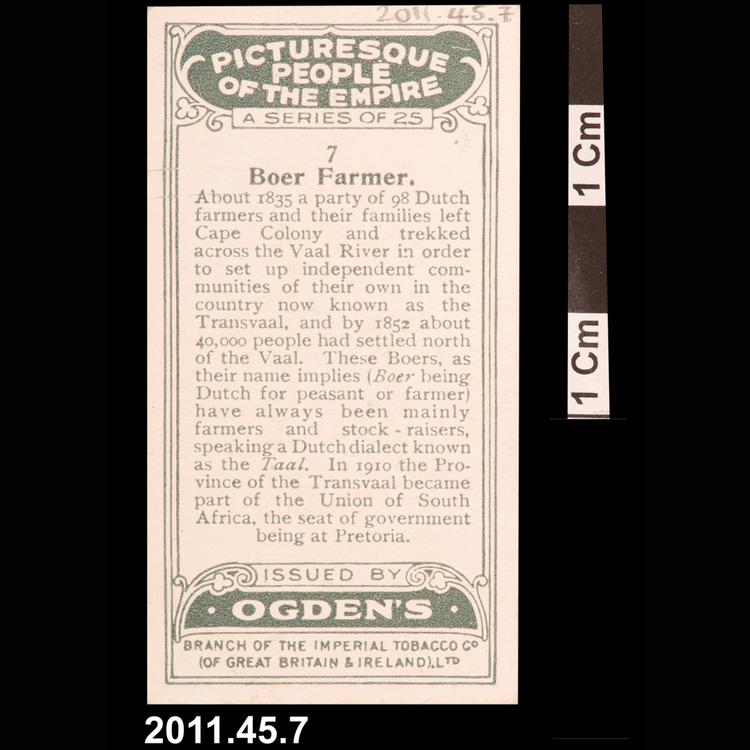 The Boers were unusual in the British Empire, as a white people who did not speak English and who had fought two bloody wars against the British Army with considerable success. The descendants of Dutch and German settlers in South Africa before it was captured by the British in 1806, the Boers resented British control and made several attempts to assert their independence. The 1840 "Groot Trek," as it became known, was a movement away from the British held parts of South Africa into the African controlled interior. It led to decades of conflict but remains a foundational moment for the Boer people. To the British, the Boers were a barrier to Imperial expansion, but their European origins and their tenacious defence of their lands garnered respect. The African populations expelled or killed in these conflicts are not mentioned on the card.