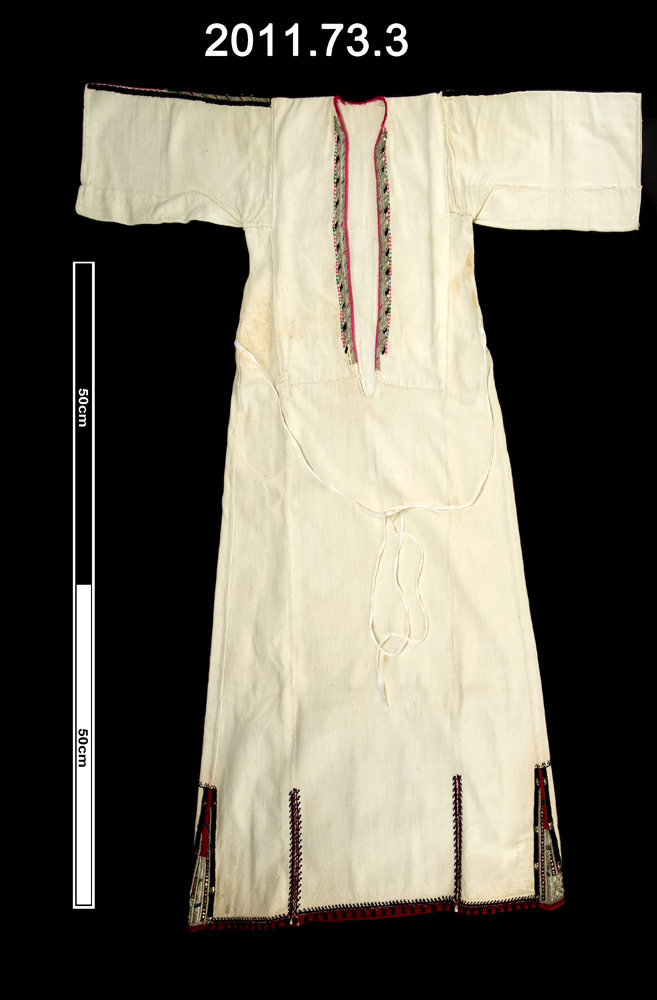 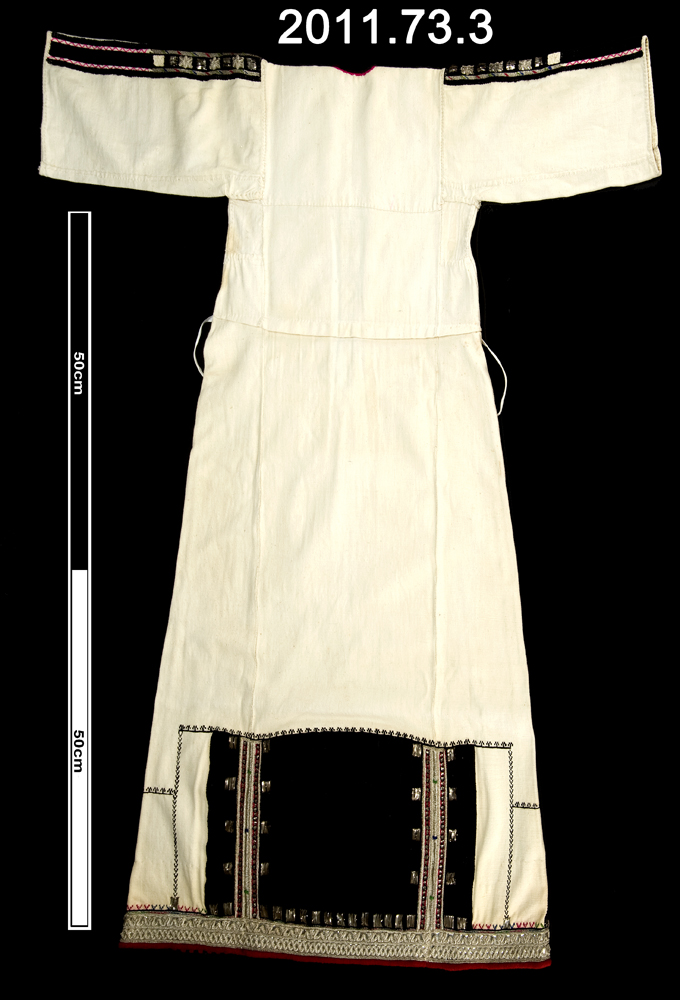 Woman's tunic formed of panels of cream handwoven linen with a front opening from neck to waist, trimmed at each side with pink wool braid and couchwork of mainly sliver-coloured metal thread with accents of pink, blue, green and black wool. Black wool embroidery along the tops of the sleeves with accents in pink, blue and green wool and small square blocks of metal strip couchwork. The hem is wrapped in red wool braid, with dense silver-coloured metal thread embroidery above it along the back. Above this at the back the central panel has a block of dense black wool embriodery with blocks of metal strip; the decoration extends into the side panels which give the skirt its flare. Further decoration at the edges of the flares also contains metal thread and wool embroidery, chiefly in red and black, while at the front the hem is bound in alternating bands of black and red wool. Two vertical columns of embroidery in the lower part to either side of each of the front seams joining the central panel with the side panels. Part of woman’s costume from Tetovo, near Skopje, Macedonia.