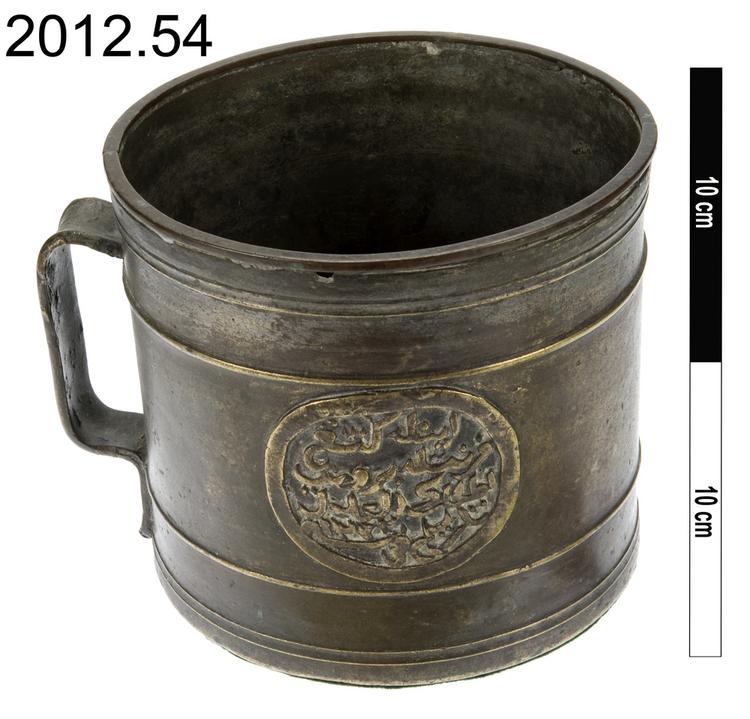 Cylindrical rice measure, gantang, with a handle on one side made out of a flattened strip of metal. There is a raised band around the top and bottom of the object. Green baize cloth has been fixed to the base. There is an inscription in Malay Arabic script in an elliptical panel with a flat rim on one side. The inscription reads: Inilah gantang perintah Brunei al-malik al-'adil tarikh fi sanat 1322, 'This is the gantang [officially] ordered [in] Brunei [by] the just ruler, dated the year 1322 (AD 1899)'.