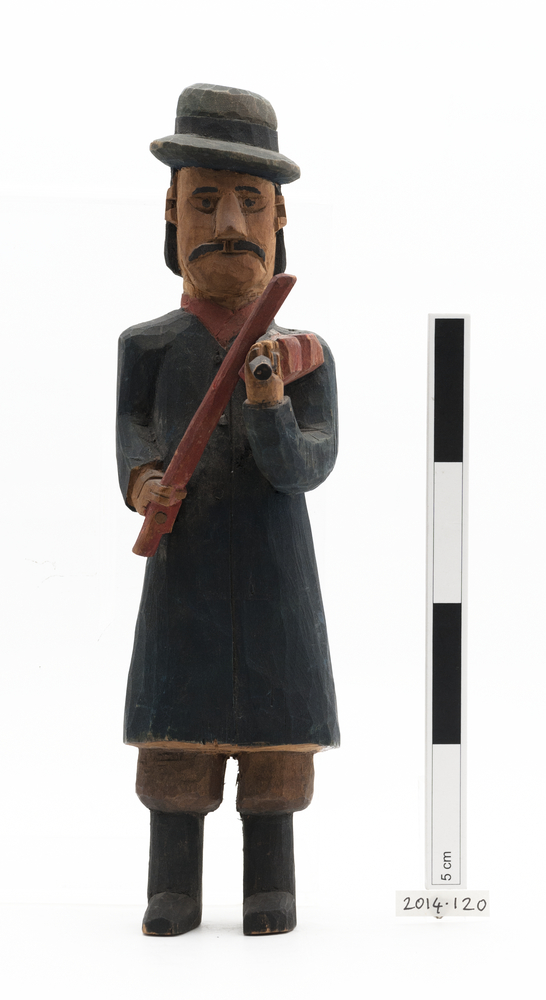 Carved and painted wooden figure of a male fiddler. The musician is standing with his violin resting on his shoulder and outstretched left arm, the bow resting on the violin and held in his right hand. He wears a hat and has a thick moustache. There are inscriptions written on the soles of his feet.

There has been some controversy about these popular figures of Jewish people. Once treated as talismans among the Polish peasantry, such figures were commonly used in Christmas nativity scenes, and are still traded today at Krakow's Emaus Easter fair, as they were in the 19th century. An exhibition in 2013 at Krakow’s Ethnographic Museum sought to open a dialogue between the various points of view. The exhibition, titled 'Souvenir, Talisman, Toy', proved so popular that it was extended through August at the Galicia Jewish Museum, offering a further chance for visitors to interact with the project and to continue a cultural dialogue which began in early June alongside the successful 2013 Jewish Cultural Festival.