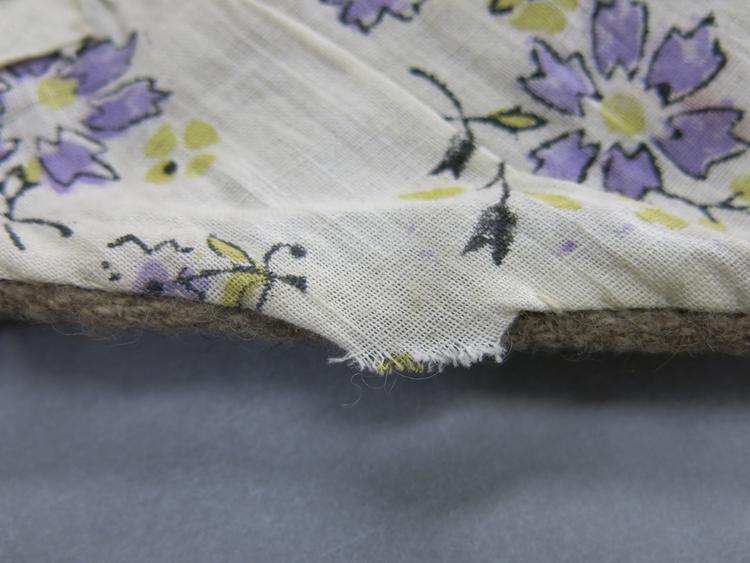 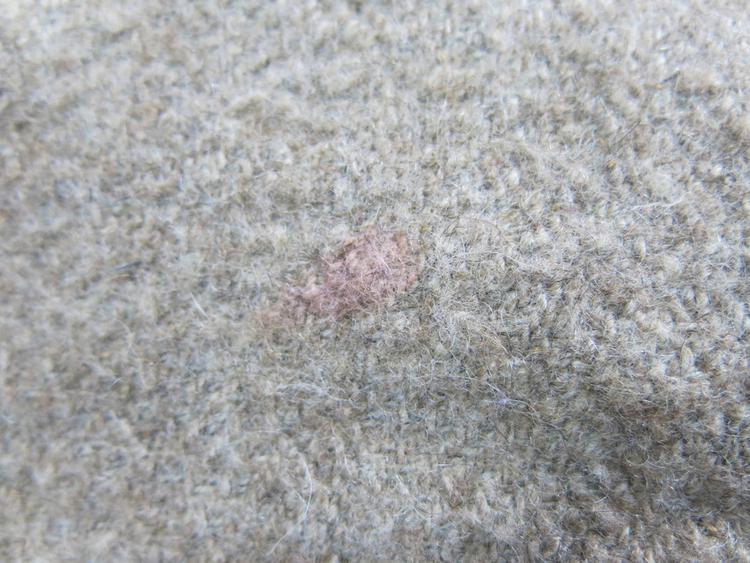 Full-length buttonless choga or overcoat with very long sleeves, partially lined in printed cotton. A panel of polychrome embroidery runs from the hem up the length of the choga, around the neck and back down to the opposite hem. The lapel section of this panel exhibits a generic floral motif, whilst the lower sections display an interlocking pattern of tulip-heads. Similar decoration on each cuff. At the breast are two embroidered rosettes, from the centre of each of which hangs a tassel. At the back is a similar rosette to those at either breast. All the rosettes are outlined in -now tarnished- silver thread. The body of the choga is of shu, a woollen cloth woven and felted in the villages surrounding Garam Chashma, Chitral, Pakistan.

Major Brown acquired the choga in 1947, whilst serving in what was then the North West Frontier Province of British India, most probably when Acting Commandant of the Chitral Scouts. Brown later transferred to the Gilgit Scouts, where he was made Commandant. In this position, effectively the commander of the largest armed force in today’s Gilgit – Baltistan region, Brown played a remarkable role deciding the fate of the territory during Partition. Brown’s actions in Gilgit – Baltistan are described in detail in his autobiography The Gilgit Rebellion (see field below). In summary Brown, disregarding the orders of Viceroy Lord Mountbatten and the Maharaja of Jammu and Kashmir, ceded Gilgit – Baltistan to the newly formed state of Pakistan. In doing so Brown committed an act of mutiny, a potentially capital offence in the eyes of the British and Kashmiris. However Brown was acting to avert what he and many others understood to be the disaster of a 99% Muslim region coming under the sovereignty of predominately Hindu India. Brown’s actions were in accordance with the wishes of the vast majority of the local population and in 1948 his achievements were officially recognised with the award of an MBE (Military). In 1993 Brown was posthumously awarded the Sitara-i-Pakistan, one of Pakistan’s most prestigious civilian decorations, collected by his widow and donor of the choga, Margaret Brown.