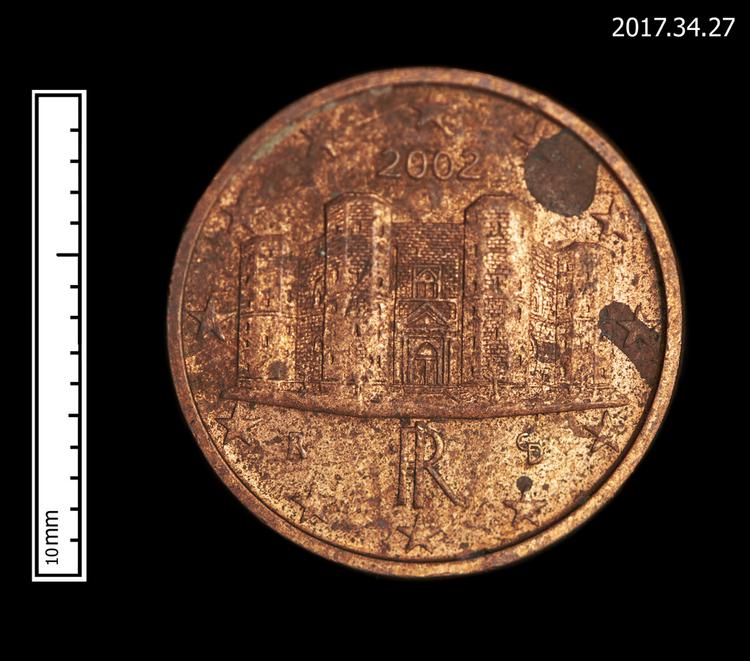 An Italian 1 cent (€0.01) coin minted in 2002, 'copper', with the Castel del Monte in Andria (Apulia) on the obverse. Part of a complete jogo de búzios Candomblé divination set used by the Brazilian diaspora community in Italy.