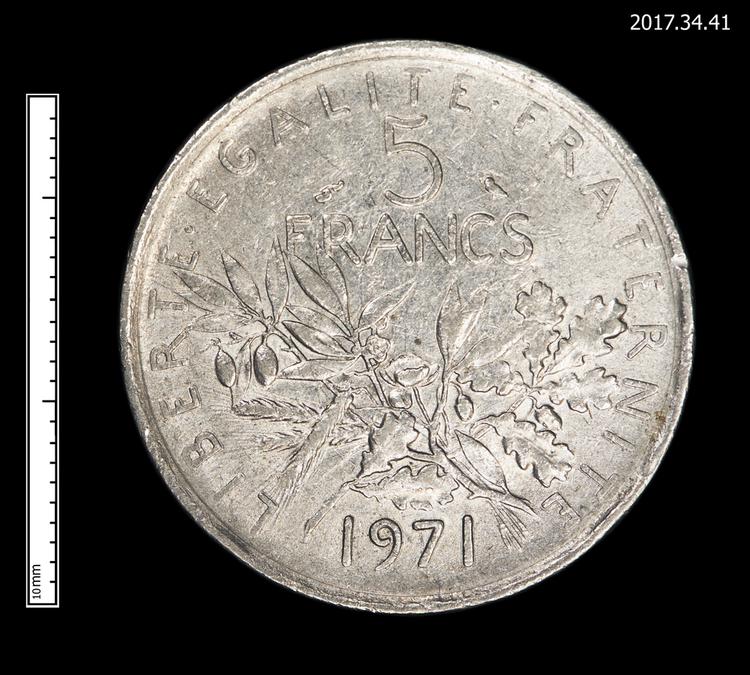 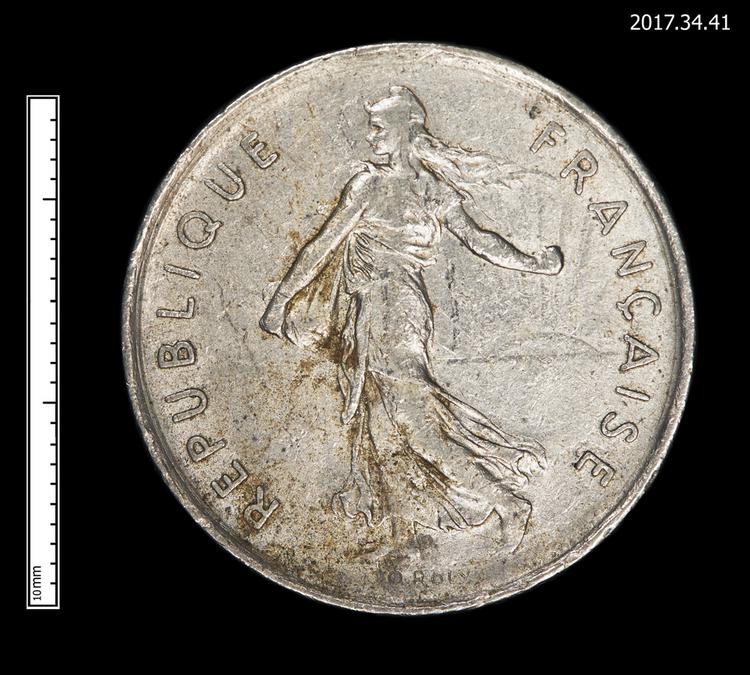 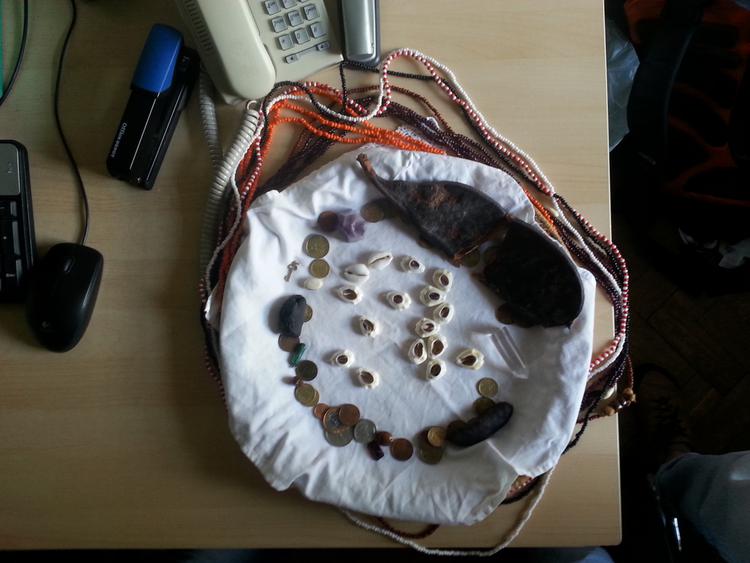 A French 5 franc (5 F) coin minted in 1971, 'silver', with a woman sowing depicted on the obverse. Part of a complete jogo de búzios Candomblé divination set used by the Brazilian diaspora community in Italy.