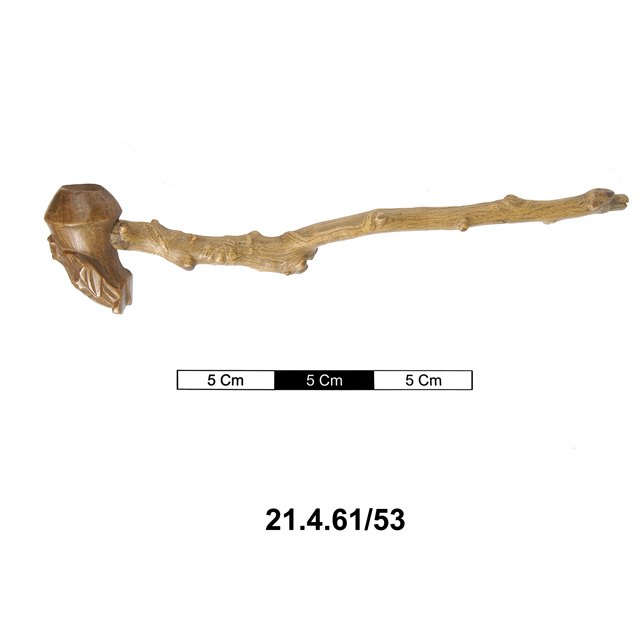 Wooden pipe with a carved wooden bowl, with a bearded human figure carved on the front of the bowl. The stem is made from a gnarled and knotted branch from a different kind of tree.
label: green Church Missionary Society label

This item was acquired in 1961 as part of a collection of material from the Church Missionary Society. Most of these items were probably originally used by missionaries when they were giving talks about their work during home leave. Many items, such as this one, were models. The Society for Missions to Africa and the East, as it was originally called, was founded in 1799, with the first missionaries going to work overseas in 1804. In 1812 the Society was renamed The Church Missionary Society for Africa and the East, and the first English clergy to work as the Society's missionaries went overseas in 1815.