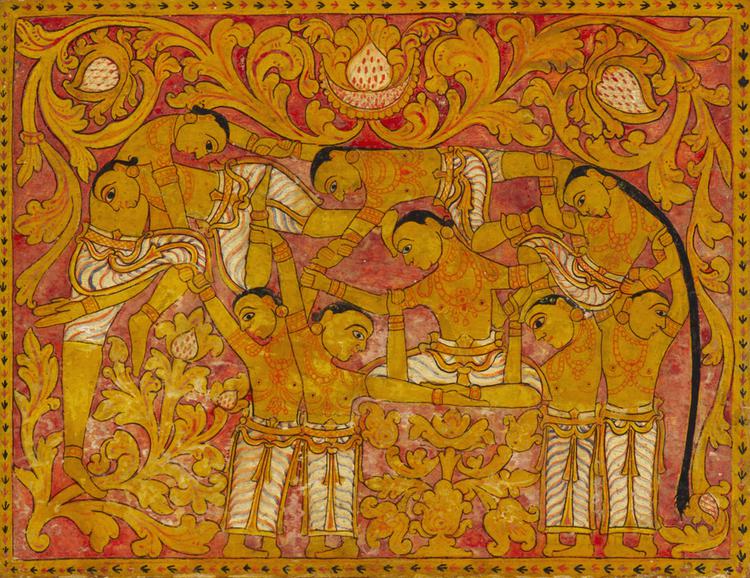 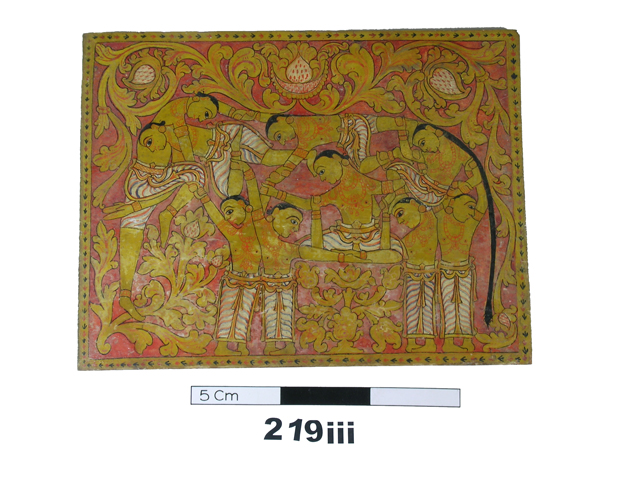 Wooden panel decorated with nine human figures and foliage in white, yellow, and black pigment on a red ground formed into the shape of an elephant. Four women stand, two to each side of another woman seated in padmasana, the inner two supporting her with one arm, the other supporting another figure above; the outer two also support another figure, these raised figures themselves supporting figures who lie across this structure of humans. The figures are surrounded by foliage, and the whole is framed with a narrow strip of black and red arrows on a gold ground. This painting represents Nava Nari Kunjara, the Nine Women Elephant, one of the exercises young artists in Sri Lanka were taught to master, so probably an apprentice piece.