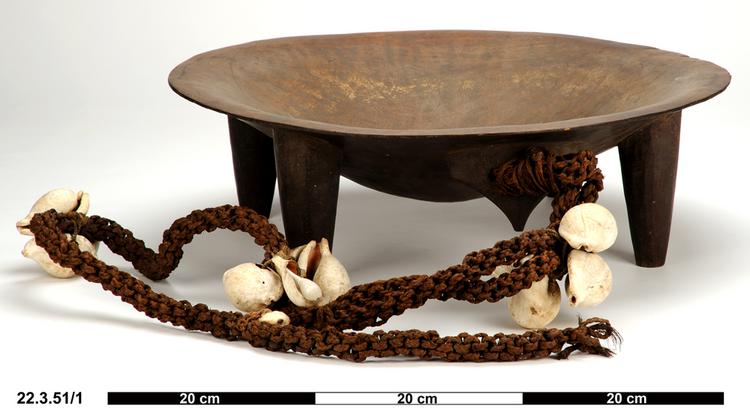 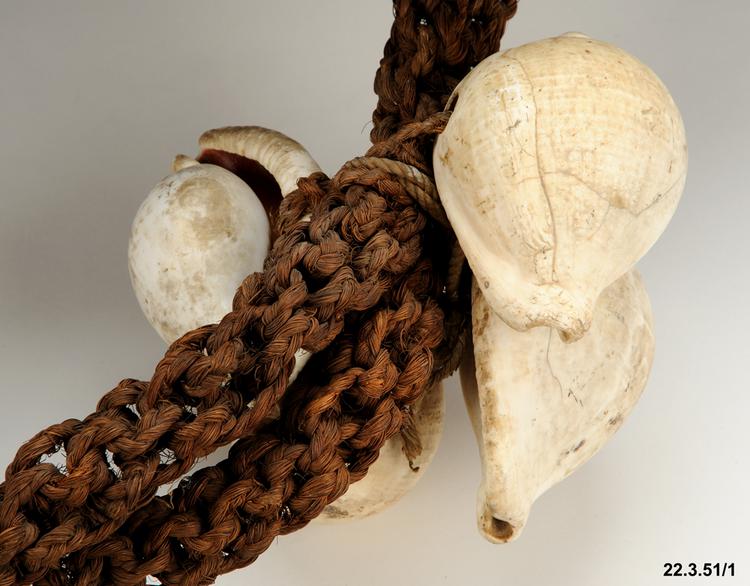 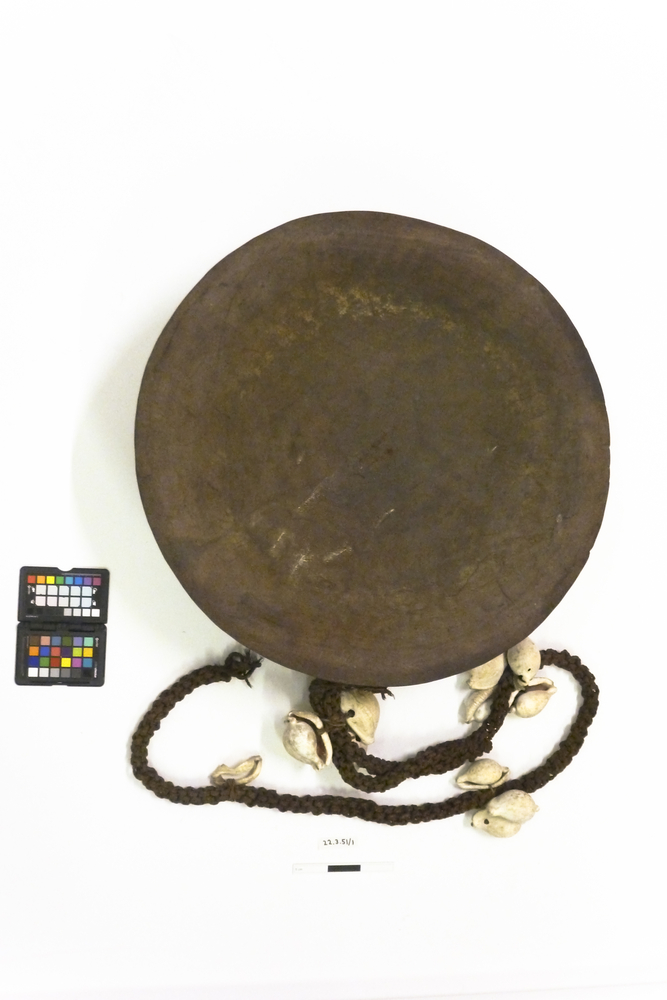 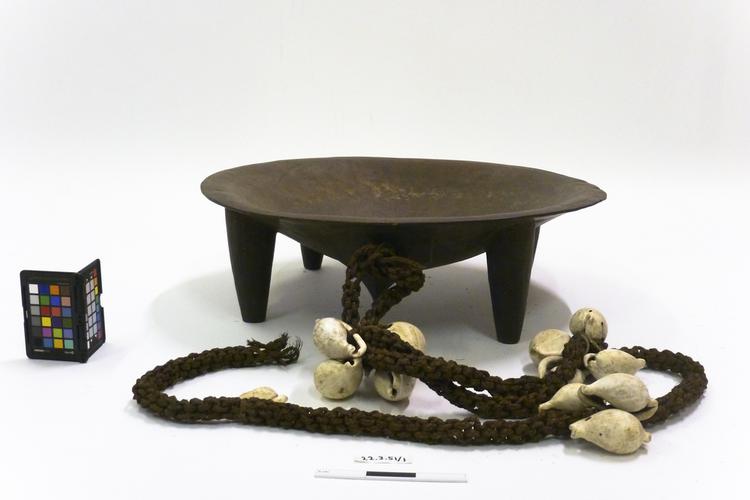 A kava bowl (tanoa) dating to the 1890s/1900 from Kabara in Lau. Four-legged tanoa with an everted rim, pointed concave triangular lug and a thick chained cord. To the cord, white cowrie shells are attached in a group of four, another group of four, a group of three and a single one (much damaged). There may have been further shells on the end. This bowl has been used.