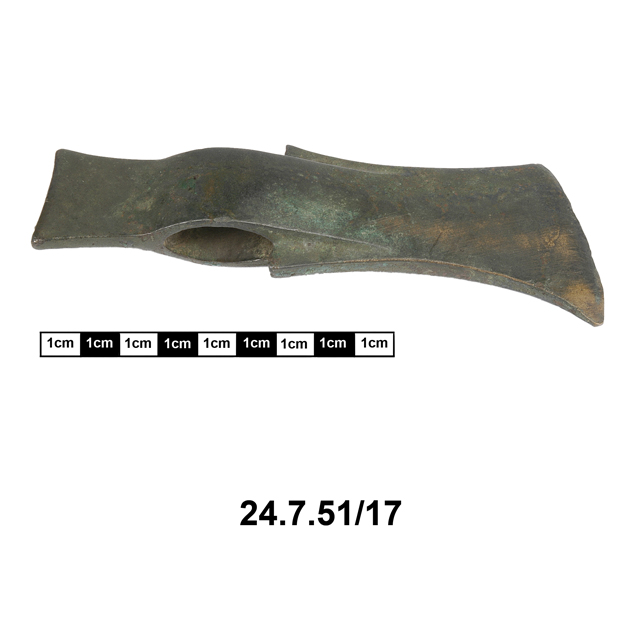 Bronze axe, yue, with asymmetrically expanded blade and tubular shaft-ring, which is ovoid in section. Green patina on surface.

Axes are named 'fu' in Chinese today. However, for archaeological weapons, axes were referred to by three different names in ancient literary documents: 'qi', 'yue' and 'fu'. Contemporary scholars generally refer to axes of this type as 'yue', on the basis of their size. 'Yue' are of larger size than 'fu' in "shiji" (Book of History). Also 'yue' are related to ceremonial implements or implements whose owners were mostly of high social status. See pp. 85-87, Chen, Fang-mei (1995), 'Illustrated Catalogue of Ancient Bronze Weaponry in the National Palace Museum', Taipei: National Palace Museum.