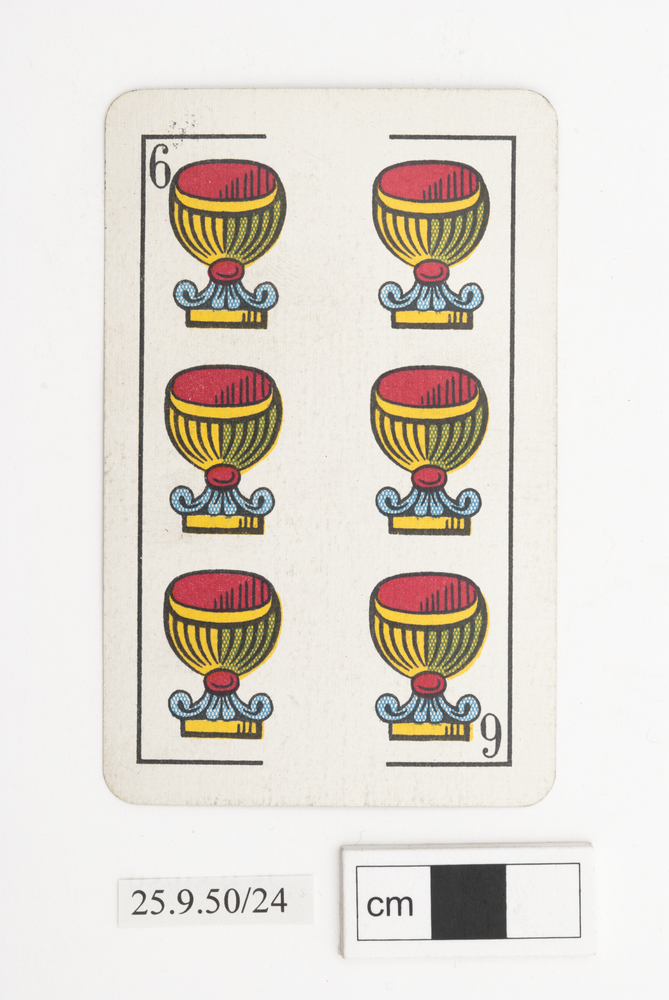 One of a pack of Spanish playing cards, known as the Baraja Espanõla (Spanish Deck), with four suits: i. clubs, represented by sprouting cudgels. ii. coins, represented by a six- pointed star inside a spiked circle. iii. cups. iv. swords. This card is the Six of Cups.