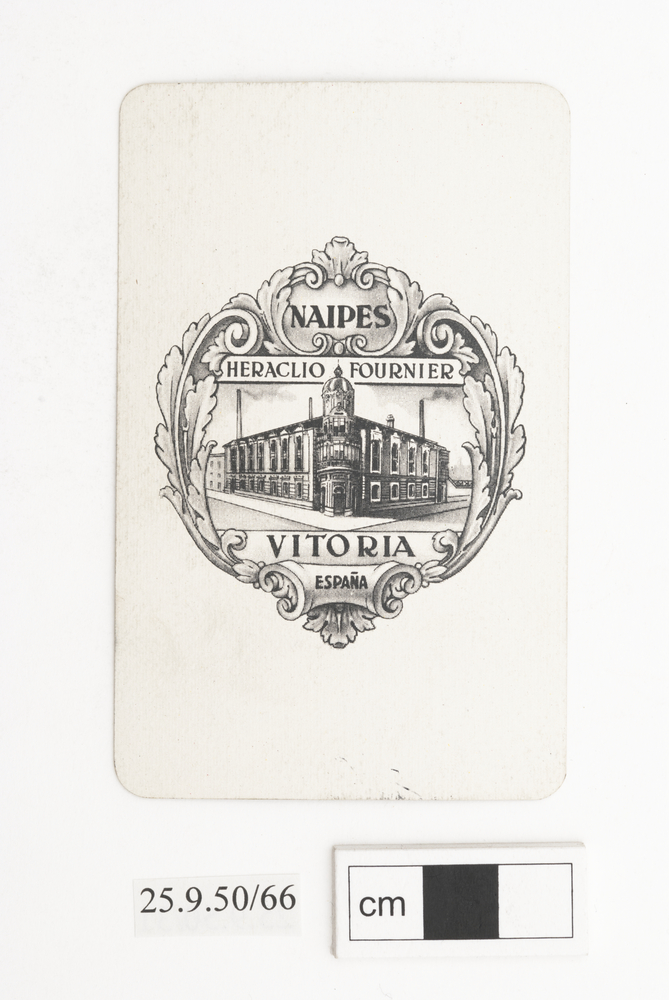 One of a pack of Spanish playing cards, known as the Baraja Espanõla (Spanish Deck), with four suits: i. clubs, represented by sprouting cudgels. ii. coins, represented by a six- pointed star inside a spiked circle. iii. cups. iv. swords. This card is one of two extra cards in the pack, bearing the maker's name, 'Naipes Heraclio Fournier', and place of manufacture ('Vitoria Espana'), and a picture of the factory. The reverse bears a complicated line design in blue.