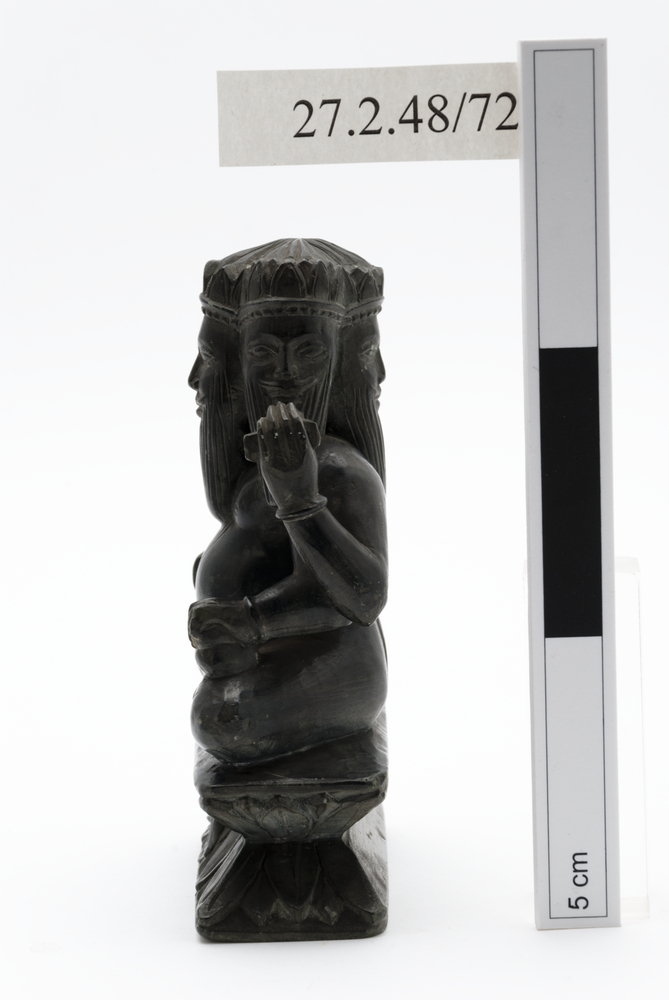 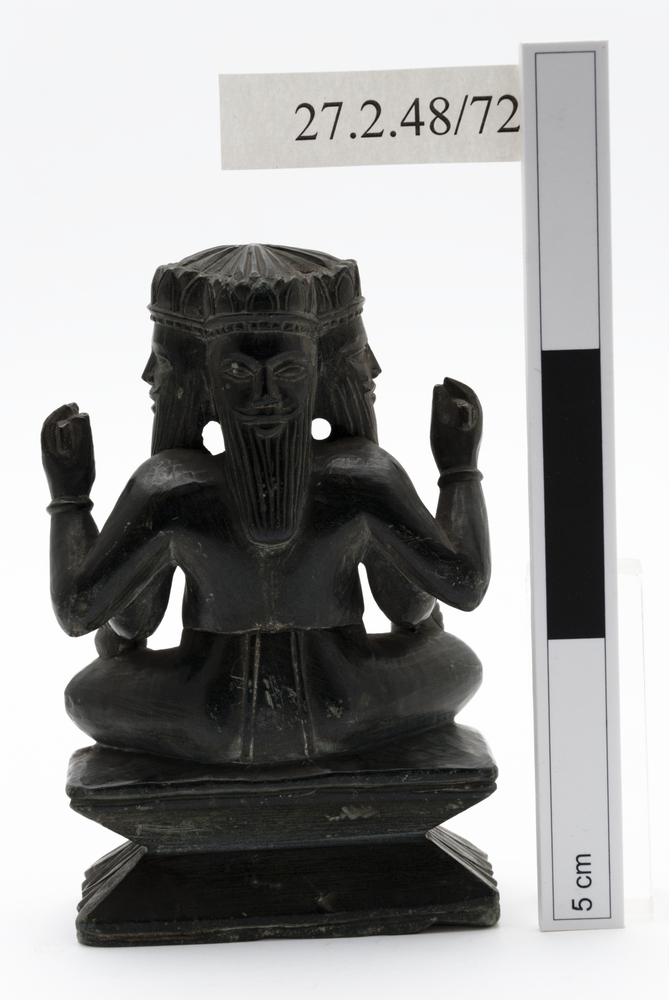 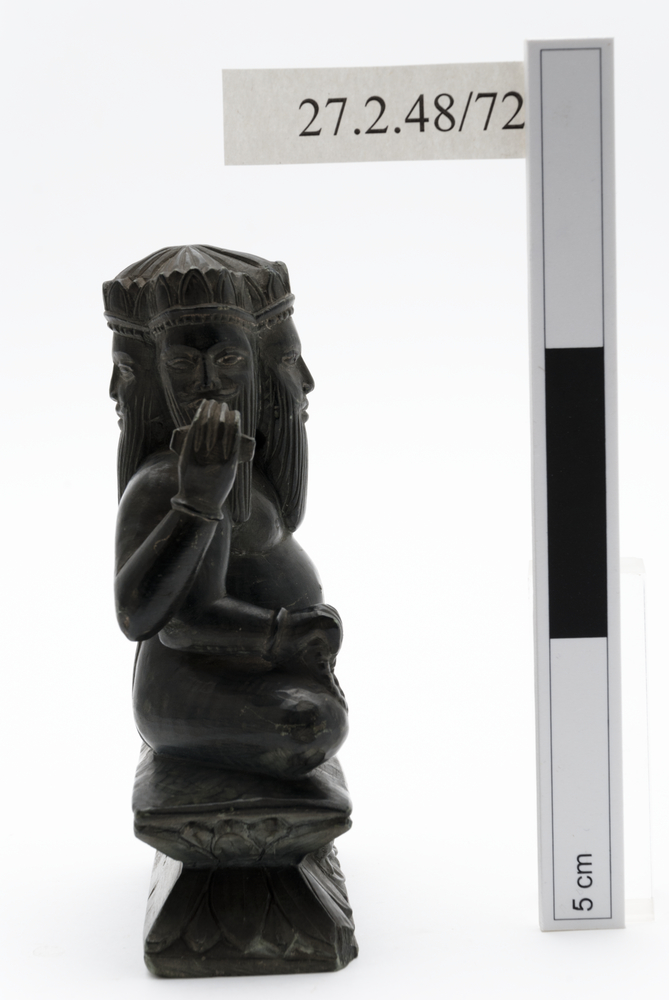 Black stone figure of Lord Brahma who is crowned, four-headed and represented with a beard. He has four arms and is seated in the lotus position on a lotus pedestal with a hamsa, or goose, at the front. The upper hands are raised and each holds a Veda text, the lower left rests on a round object, possibly a water pot, the lower right holds a rosary, known as the 'akṣamālā' (literally 'garland of eyes'). He is rather corpulent and has a diagonal incision his body indicating an upper body garment, and incisions across his legs indocatin the hem of his skirt cloth.