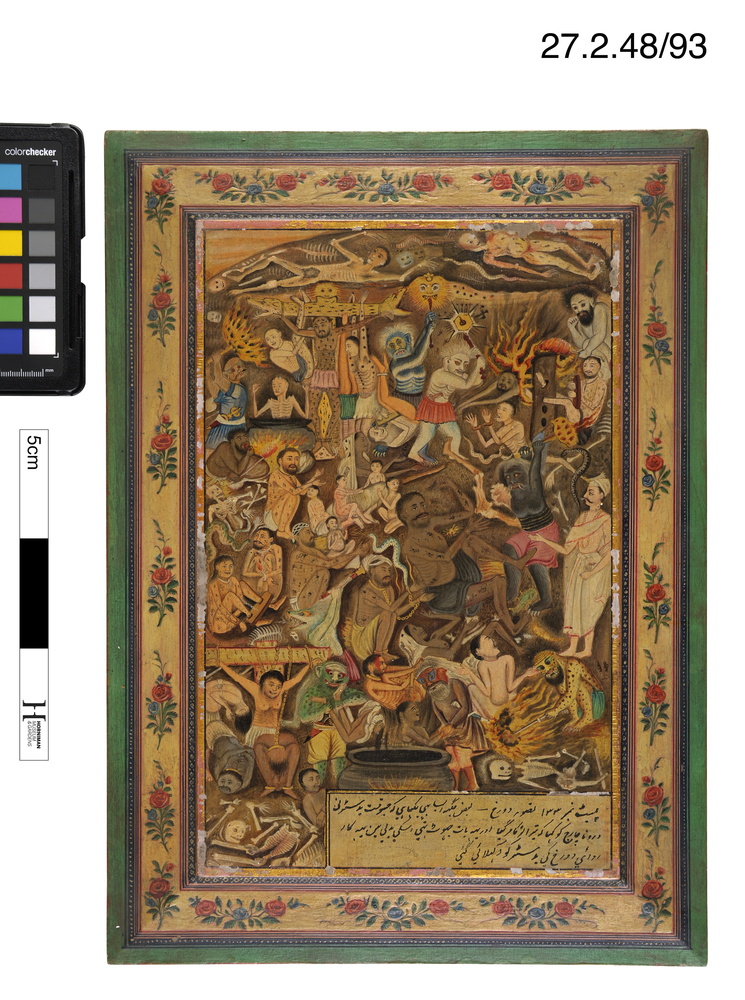 Painting on wood depicting a scene from the Mahabharata. Raja Yudhishtira (dressed in white, right edge) surveys Hell in search of his son. The text is in late-19th-century Urdu, written in a cursive nasta'liq-e khafi hand, refers to the painting as 'Plate number 133.' The painting also dates from the late 19th century, probably from the art schools of Jaipur, India, and adapts a composition from the dispersed late-16th-century 'Jaipur' Razmnamah manuscript (in the Jaipur royal collection, Maharaja Sawai Man Singh II Museum, and British Library), an illustrated Persian translation from the original Sanskrit (version by Naqib Khan) created at the court of the 3rd Mogul Emperor, Akbar I (d. 1605). Surrounded by painted frame with floral motifs.