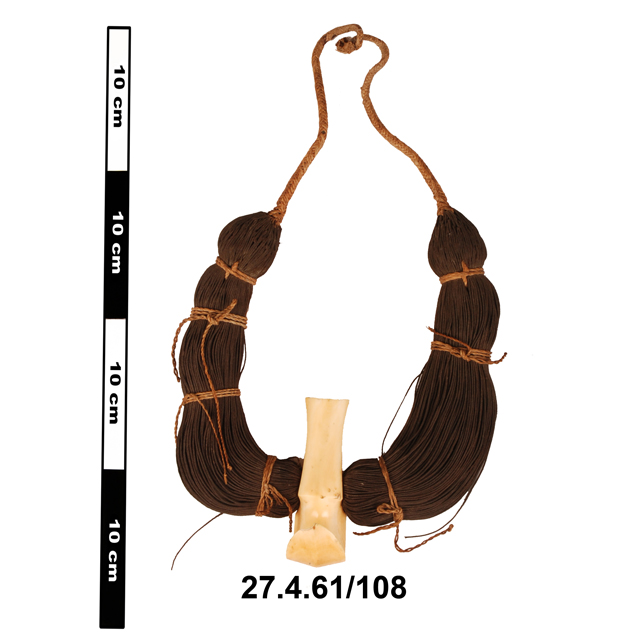 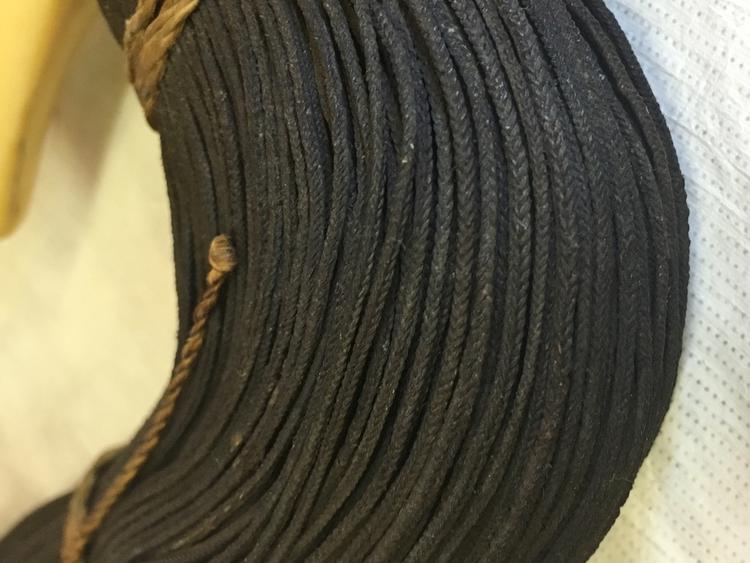 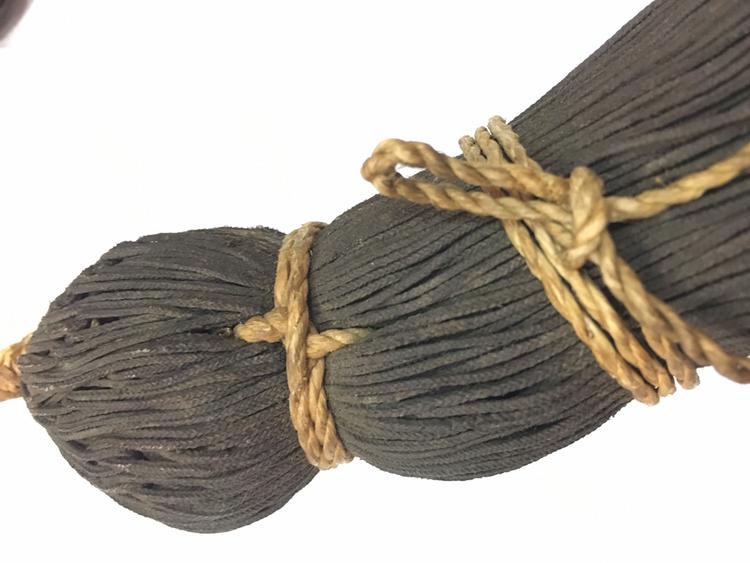 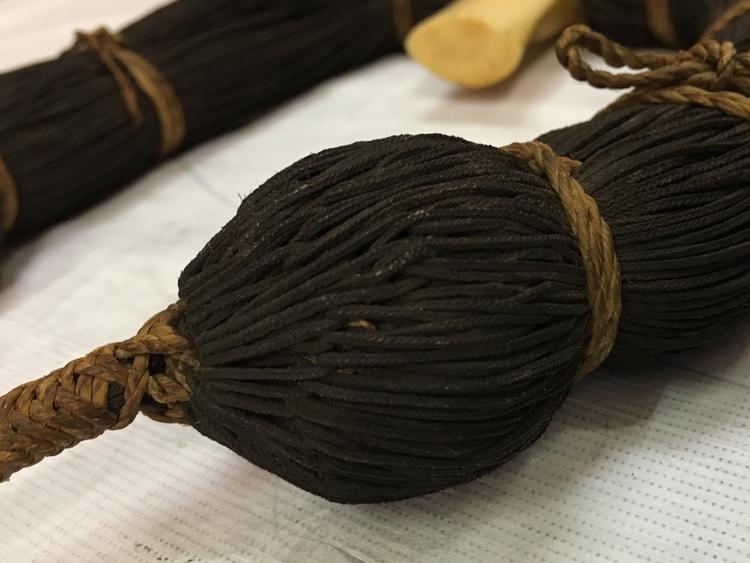 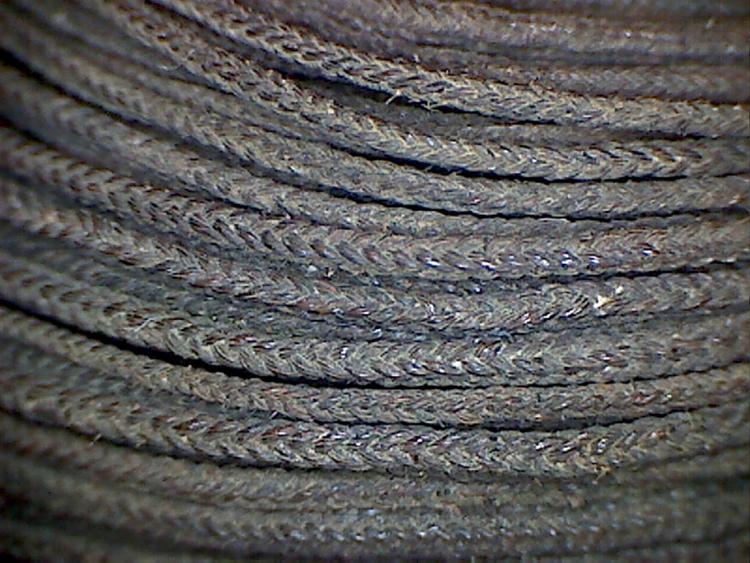 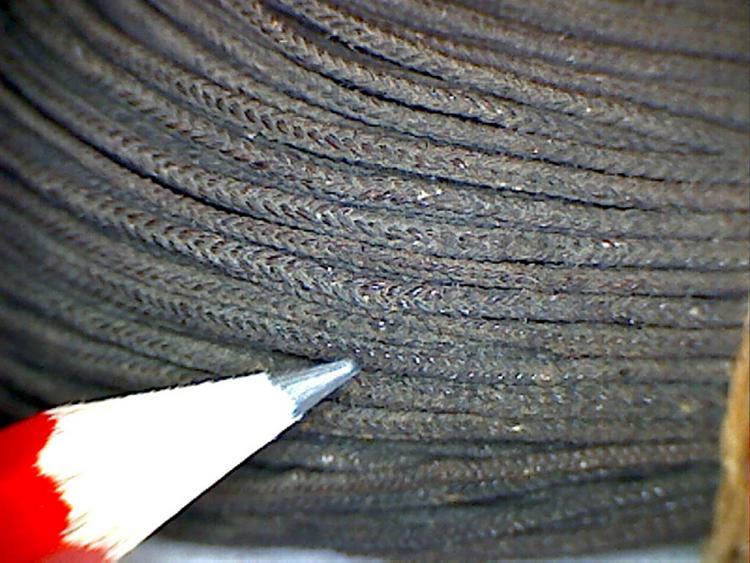 Hawaiian Ivory Pendant, Lei Niho Palaoa, Hawaii, Eastern Polynesia Literally a whale (palaoa) tooth (niho) necklace (lei), this distinctive Hawaiian piece of chiefly jewellery is exceptional not only for the hook-like Sperm whale ivory pendant at its centre, but also for the finely and neatly plaited suspension cords of human hair. It is likely that an entire head of hair went into making this ornament, and we must judge the lei’s local value on that basis, as much as the presence of rare and prestigious ivory. Sperm Whale teeth were always extremely rare in Hawaii, because the Hawaiian people did not hunt whales. Only whales which beached themselves, or drowned and were washed up, could provide ivory for the niho palaoa. As soon as the whale touched the beach, it became the possession of the local paramount chief (ali‘i). It was a capital offence for anyone outside of the ali‘i to wear a necklace like this, or to secretly take a tooth from a beached animal before alerting the ali‘i to its presence. The most similar form of jewellery to be found elsewhere in Polynesia is the rei puta pendant of the Maori, and these were also curved upwards towards their tip. The hooked form of the niho palaoa is understood to represent a tongue, and, like the Maori exposure of the tongue in challenge, the niho palaoa is understood to embody an appropriately chiefly disdain, fierceness and active power (mana). Sperm whale ivory, human hair, coconut fibre. Formerly in the collection of the Royal Canterbury Museum, Kent and passed to the Horniman Museum in 1961 with other ethnographic specimens.