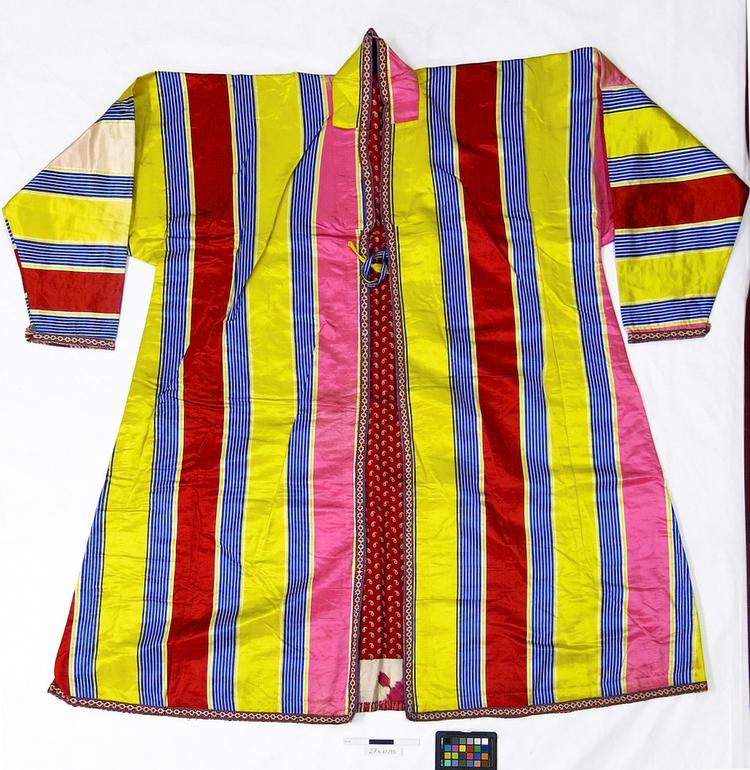 This buttonless coat or ‘chapan’ is of a type common across Central Asia. It may have been collected by Henry Landsell, a clergyman-cum-explorer who published several popular accounts of his travels in the last two decades of the nineteenth century. Some of the objects in his collection were received by Landsell as diplomatic gifts (see 27.4.61/96, apparently presented to Landsell ‘on a charger by the Emir of Bokhara’). 27.4.61/95 is a particularly luxurious chapan, made of thick silk-satin and it is possible that it was a high status gift to Landsell, since the Emirs of Bokhara often presented chapan to honoured guests (Gervers 1979: 31 – see linked publications). The practice of presenting coats to honour individuals has a long history in the Middle East and Central Asia. The ‘Robes of Honour’ worn in Medieval Arab courts, or the kaftans given by Ottoman sultans are possible forbearers to Landsell’s chapan.