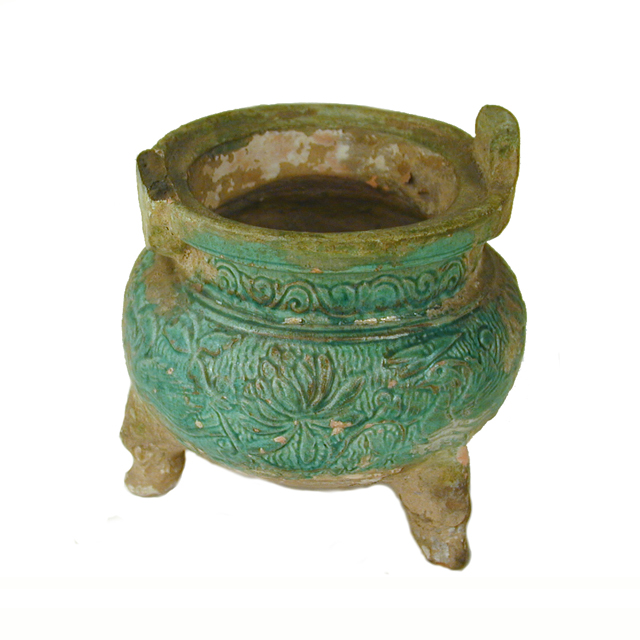 Incense burner moulded in the form of a ding tripod. It has a globular form, with short neck and overhanging rim, from which two upright handles were attached, one now missing. Supported on three short legs. The body is red earthenware, covered with green lead glaze. The exterior is decorated with a band of moulded mandarin ducks and a lotus flower design set against a wave background on the belly, and a band of classic scrolls below rim. It would have been used as a burial item in a tomb.