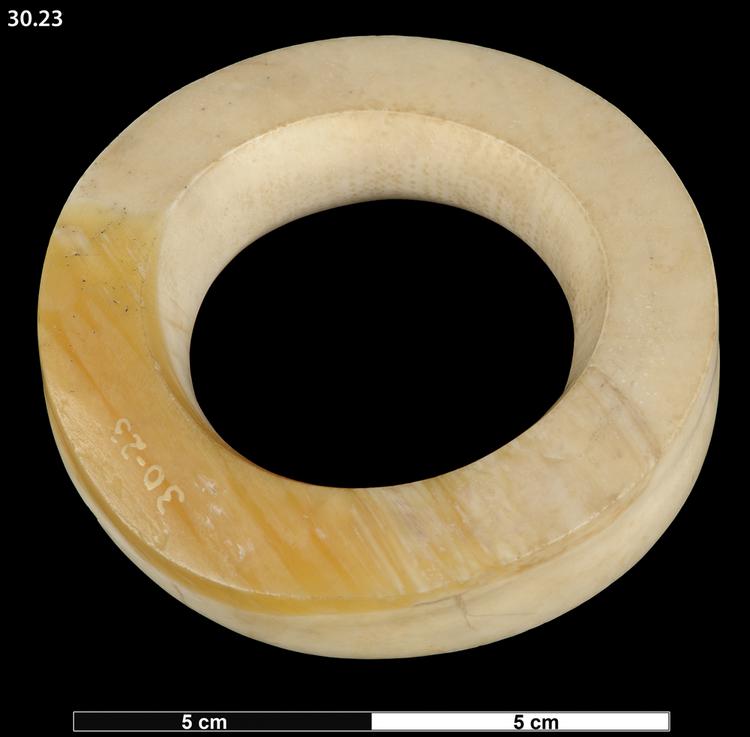 Shell breast ornament consisting of a circular ring of the shell of a giant clam (Tridacna gigas), used as wearable currency.

Bakiha money-ring of clamshell. This is a New Georgia group money-ring of high value known in several languages as bakiha, made of fossilised tridacna shell having a coloured stain at one side. Acquired by Captain Edward Davis and purchased as part of an HMS Royalist collection in 1930, attributed to ‘Rubiana’ (ie. Roviana). For details of some of Davis’ acquisitions from the New Georgia group, including Roviana, see Waite and Burt 2013.