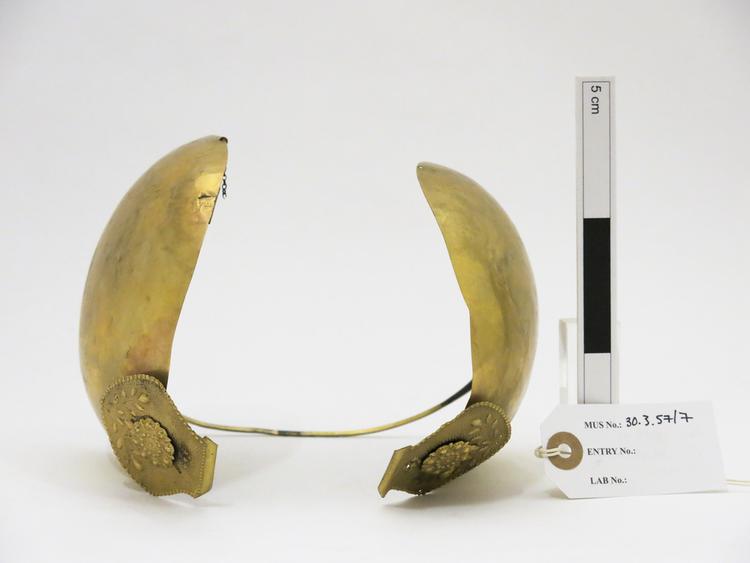 Brass ornament, oorijzer, literally 'ear irons', for a woman's headdress. Main part cut from one piece of metal sheet consisting of two ovals, made into rounded concave forms, joined by a narrow strip. The oval pieces are worn at each side of the head. Opposite the narrow strip a metal fastening has been attached to each oval presumably for another element, perhaps a ribbon, to be inserted to form a front closure for the headpiece. At the other side of each oval is a tiny aperture, from one of which hangs the remains of a small chain. Part of a traditional costume from the Netherlands.

worn on the head, holding a cloth scarf in place.