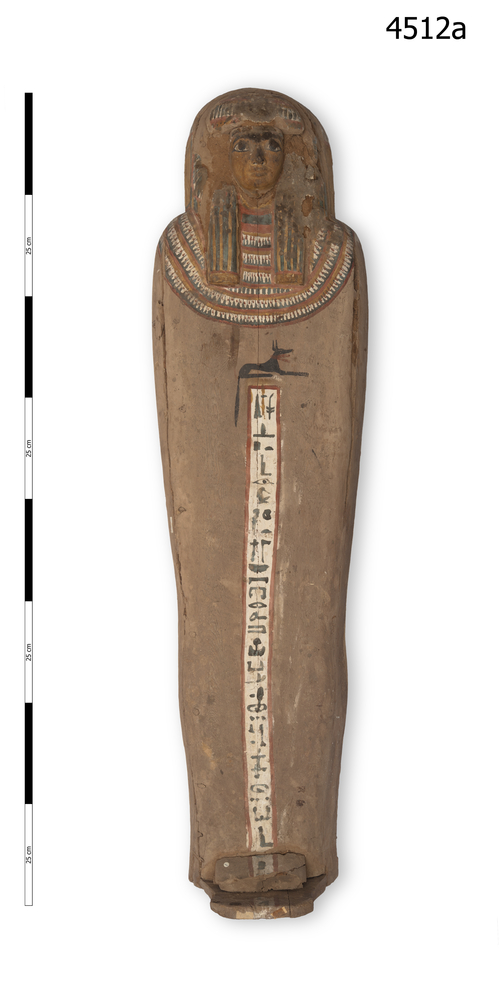 The lid for an Egyptian mummy coffin for of a lady named "Bes". c. 650 BC. The lid is anthropoid in shape and has been left mainly unpainted. The face has been delicately carved from a separate piece of wood, with the eyes and eyebrows being detailed in black and white pigment. The section above the head and the lappets have also been separately carved. The wig and upper chest have been decorated with white, green, yellow and red pigment, though much of this has been lost around the head due to damage to the plaster. Along the remaining length of the coffin there is a white band of pigment, surrounded by a red border containing black hieroglyphs.