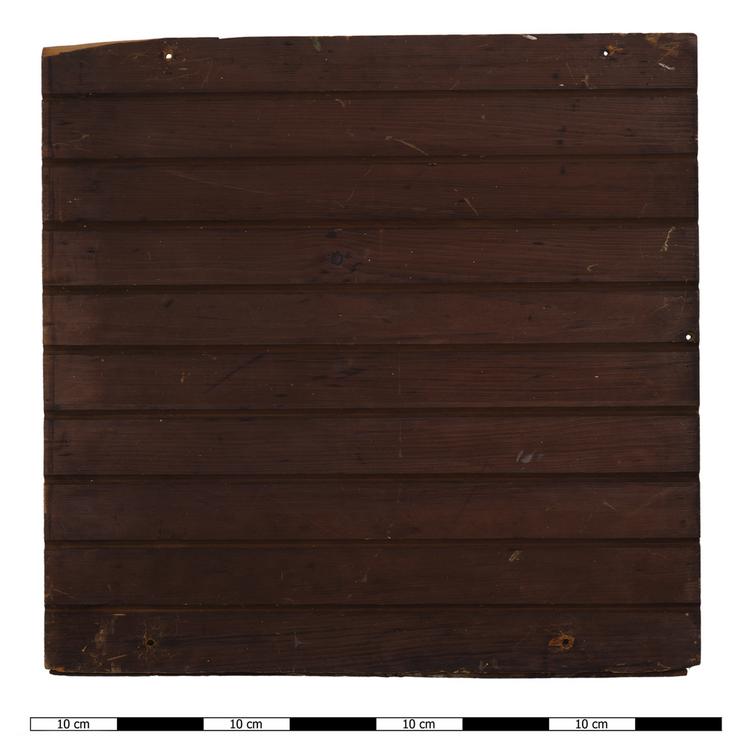 Part of a carved wooden archway. This forms half of 4522.35, which was dismantled by conservation in order for part 1 to go on display alongside 4522.12. This half consists of a square piece of slatted softwood.

" Having inspected the display cases, the 19th century visitor passed underneath the wooden archway from Jeypore, which Horniman had acquired from Sir Somers Vine in 1893, to view the last three Burmese exhibits. The ornately carved archway, the upper portion of which was immediately visible upon entering the room, was regarded as a superb example of Indian craftsmanship and was the focus of much deserved attention. In his address given at there-opening of the newly extended Horniman Museum on Boxing Day 1893, Sir Somers Vine ' ....specially asked attention to a magnificent carved Indian archway from Jeypore, and said that they [the audience] could grasp the amount of patience and detail it represented when he told them it had taken six men seven years to carve' (Quick 1894: 10) "