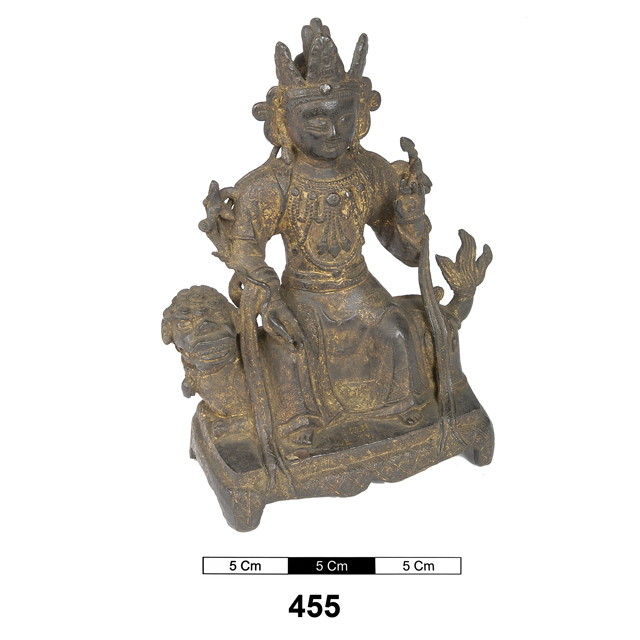 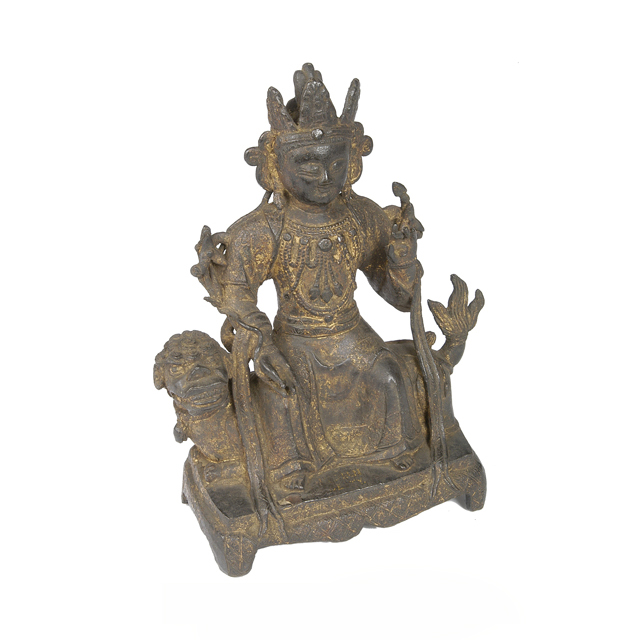 Cast bronze figure of Wenshu, bodhisattva Manjusri, the bodhisattva personifying transcendent wisdom. He sits on a lion in a Chinese position, bhadrasana, with both legs hanging. His hands are in anwei yin, or vitarka mudra, which is the gesture of explanation, with the thumb touching the middle finger. He wears a diadem, a celestial scarf and a draped robe, adorned with jewellery on bare chest. The figure rests on a four-legged base with scrolled apron. Some gilding remains. The inscription 'Indian Deity' written in gold pigment on base was probably added by the previous owner.

Wenshu is usually paired with Puxian, bodhisattva Samantabhadra, and in the temple appears in a triad with Shakyamuni, the historical Buddha. Wenshu stands to the left of Shakyamuni, and is represented riding on an lion, while Puxian usually rides an elephant. Wenshu is the patron saint of Mount Wutai in Shanxi province, where many temples were founded in his honour.