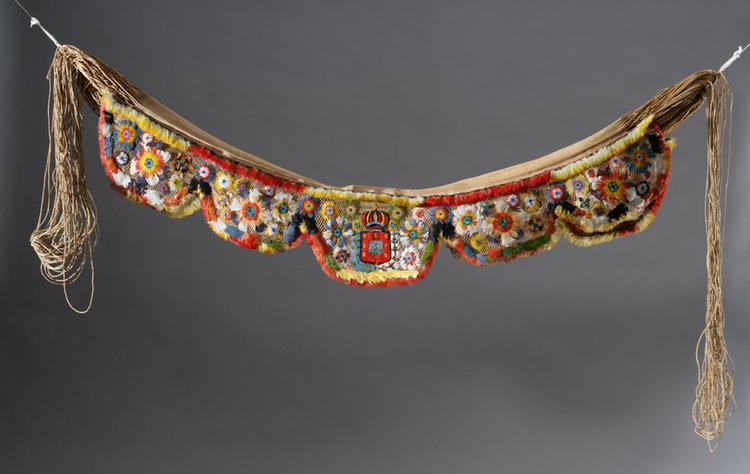 The growth of Portuguese interests in the Americas was slow, the king being absorbed with establishing Portuguese hegemony in Asia. The first governor general, Tomé de Sousa, was appointed in 1549 and established his capital at São Salvador da Baía. Intensified colonization under de Sousa began in the form of coastal settlements and spread to the interior. The encounter with the Amerindians of the interior was marked with battles, diseases and destruction. The indigenous people made this hammock probably around the Brazil-Guyana border in the 1800s. The hammock is woven from local cotton and decorated with feathers from toucans, parrots etc. At the middle is a Portuguese crown, which perhaps indicates that the hammock was made as a special gift for a colonial officer. The crown could also be a local appropriation of a colonial motif. Such appropriation is also found on belts and other objects.