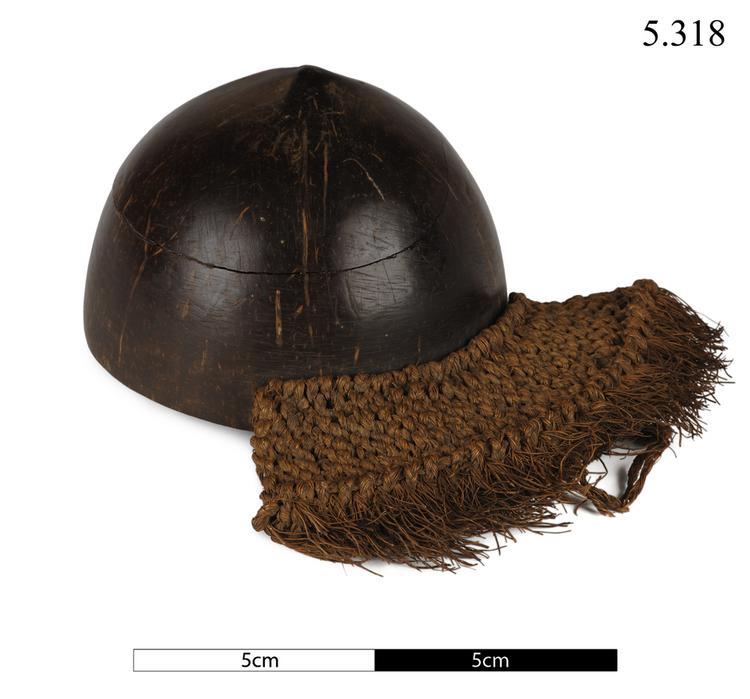 Kava cup made from the pointed half of a coconut shell, which has been pierced through at the rim six times. Through each of these six double piercings, a short circumferential matt of woven coconut fibre is attached, which spans roughly one third of the bowl's circumference. This mat is tied off around the edge with fibres that have been left long, to form a tufted fringe.