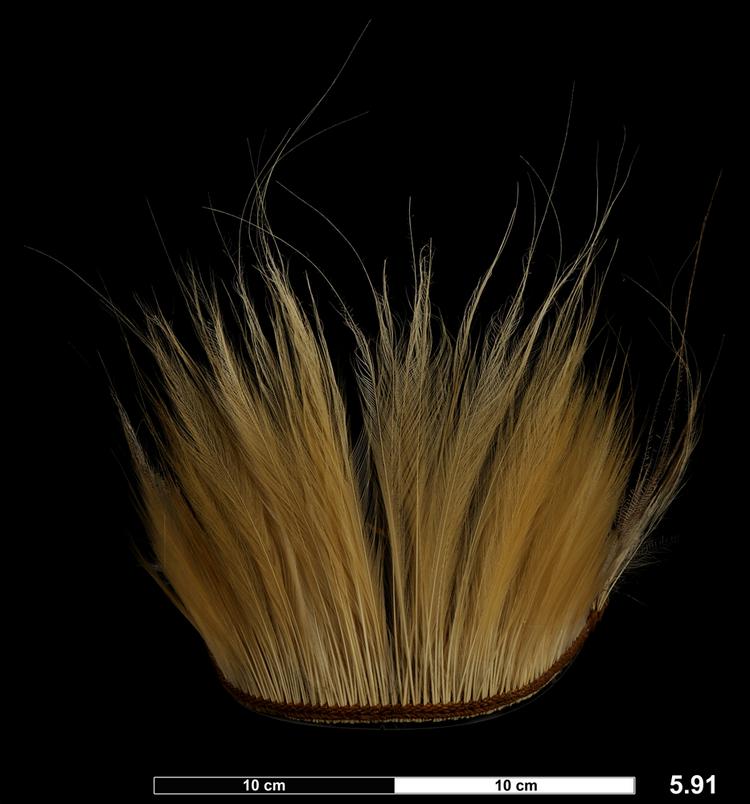 Headdress of birds of paradise feathers

Bird of Paradise Feather Headdress, Mekeo people, Central Province, Papua New Guinea. The Mekeo term the various Birds of Paradise kellelo (Paradisornis spp), and their loud calls are constantly heard throughout the lowland forests of Papua New Guinea’s Central Province. The Mekeo hunt these birds for their beautiful plumage, and the usual tactic is to find a Pandanus tree that is in fruit, and wait in hiding nearby. These birds find the Pandanus fruit irresistible, and are easily shot while they eat. Headdresses like this were worn by chiefly men on ceremonial occasions, and for dancing. Commoners wore similarly-shaped headdresses in emulation of these, though only of leaf strips. Feather, vegetable fibre. Early 20th Century. Collected by Mr. A. E. Pratt among the Mekeo and purchased from him by the Horniman Museum in 1905.