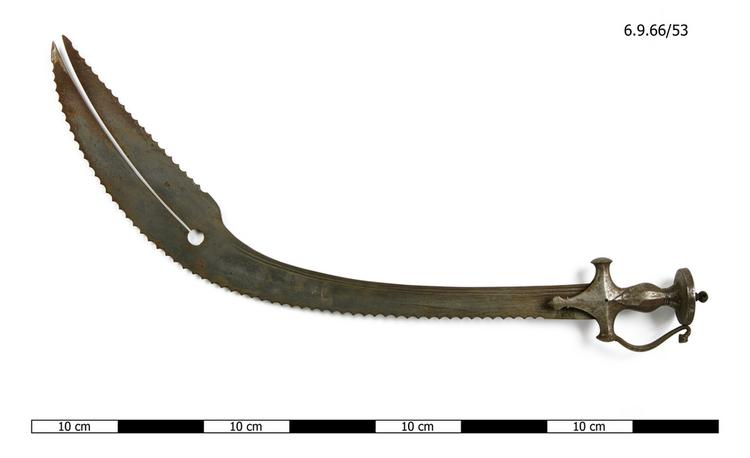 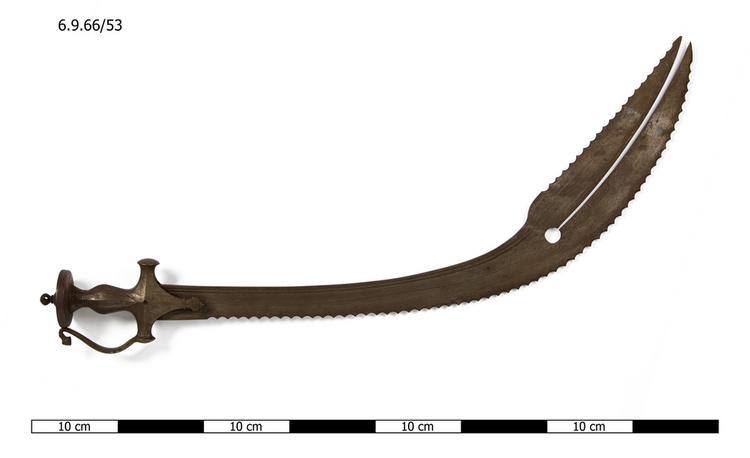 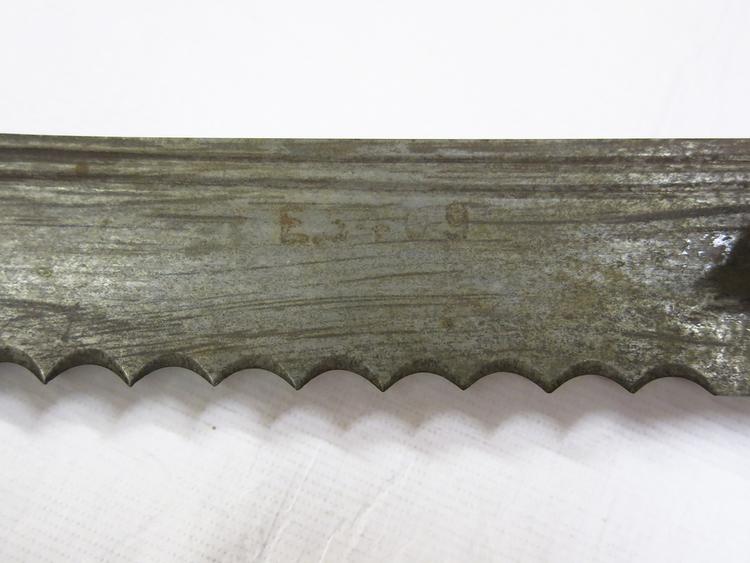 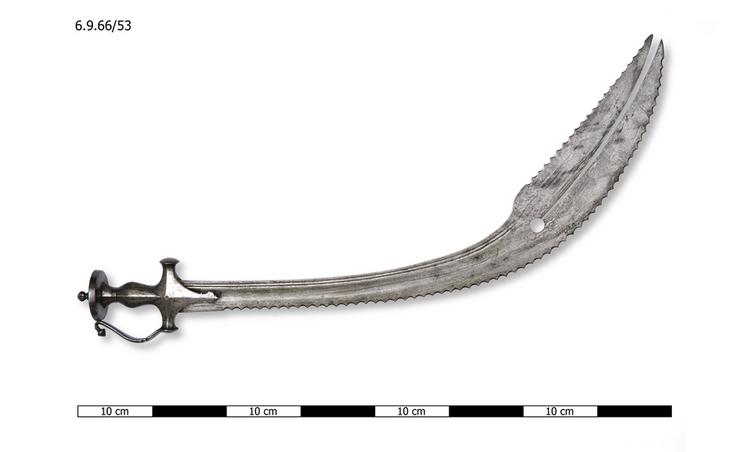 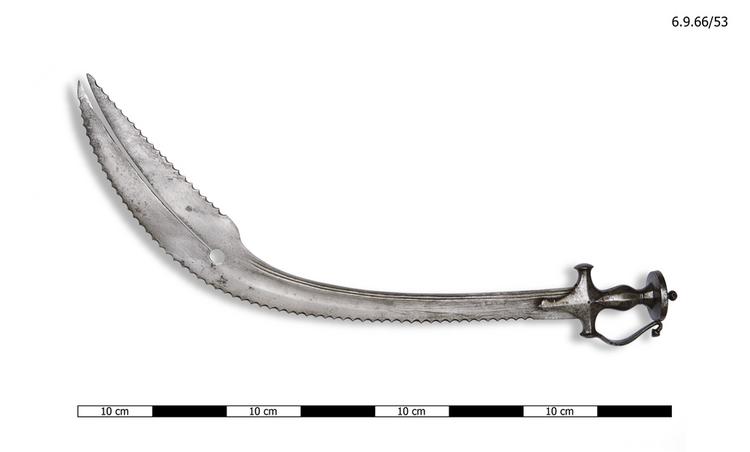 Two pronged Zulfiqar or dhulfiqar blade made in Muslim India, between 1865 to 1875. Made from steel, with a serated edge running along one length of the blade, with the tip serated on both sides. A decorative handle.

Zulfiqar or Dhulfiqar sword. Muslim India. 1865 to 1875. The inspiration for two pronged blades like this come from the sword Zulfiqar or Dhulfiqar, the 'cloven blade' captured by the Prophet Muhammad at the battle of Uhud. It had been the weapon of a heathen champion and had broken in the course of the fighting. Later the sword was given to Muhammad's son in law Ali. Ali and the sword Zulfiqar have come to epitomise Muslim chivalry, as the Qur'an has it, "There is no warrior like Ali and no sword like Zulfiqar". This example was made between 1865 and 1875. There were several centres of manufacture for similar swords including Lahore, Delhi, Patiala in the Punjab and Sirohi in Rajasthan. Previously in the collection of the Bristol Museum, transferred to the Horniman in 1966.