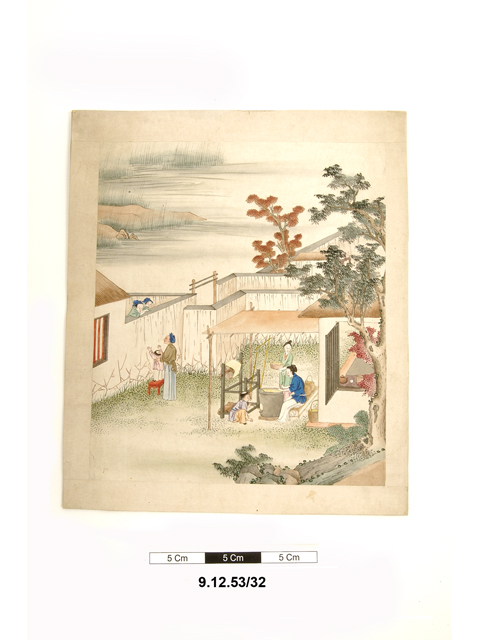 One of fifteen scenes, painted in watercolours on white paper, depicting various stages in the cultivation of silk worms and the production of silk and silk textiles. Here seven figures are depicted in a garden scene, with two pavilions separated by a wall and with water in the background. In the foreground, under a wooden canopy, a standing woman is holding a container filled with cocoons. Another woman sits in front of a stove with a pan on the top, containing cocoons. She holds a pair of chopsticks and is drawing filaments from the cocoons, the silk strand thus produced is wound onto a large spool. A bot is holding a bamboo tube and blows into the hearth of the fire. Artist unknown. Copied after Jiao Bingzhen's rendition of "Gengzhitu" (Illustrations of Tilling and Weaving), who was a court artist, active 1680-1720.