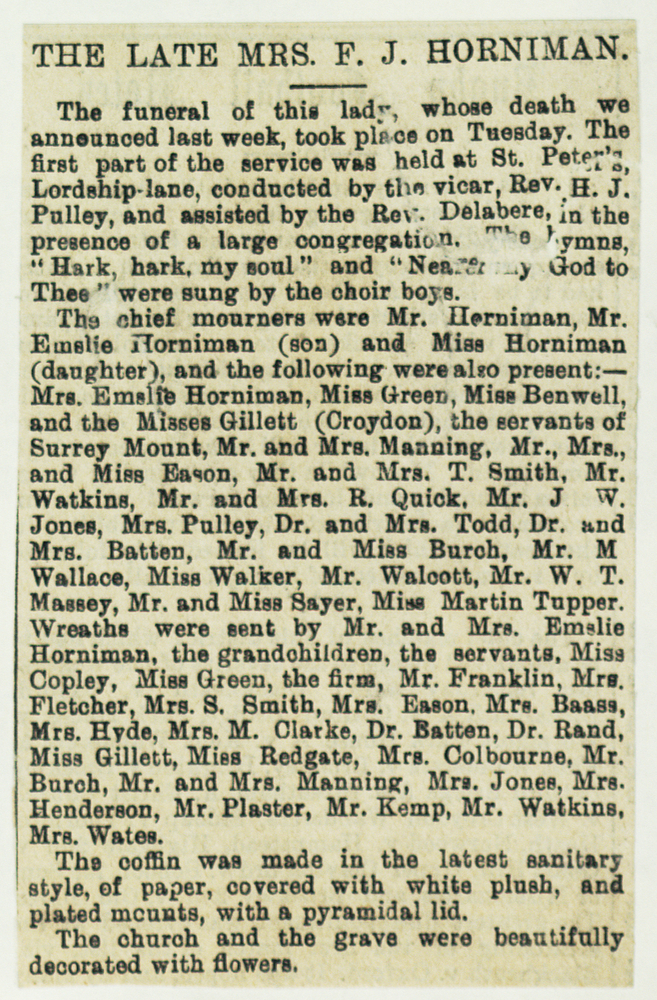 A press cutting describing the death of Mrs. F. J. Horniman and the subsequent funeral that took place on Tuesday. The excerpt mentions the service was held at St. Peter’s Lordship-Lane and was conducted by the Vicar Rev. H. J. Pulley and assisted by the Rev. Delebere in the presence of a large congregation. The chief mourners were Mr. Horniman, Mr. Emslie Horniman (son), and Miss Horniman (daughter), and the following were also present; Mrs. Emslie Horniman, the servants of Surrey Mount, Mr. and Mrs. R. Quick, and many others. The excerpt concludes with the coffin being made of the latest sanitary style paper, covered in white plush with a pyramidal lid. The church and grave were both beautifully decorated with flowers.

Slide of a tent with a sheep fleece hanging outside

Photograph of the steel frame of the partly-built West Hall of the Horniman Museum, July 1933