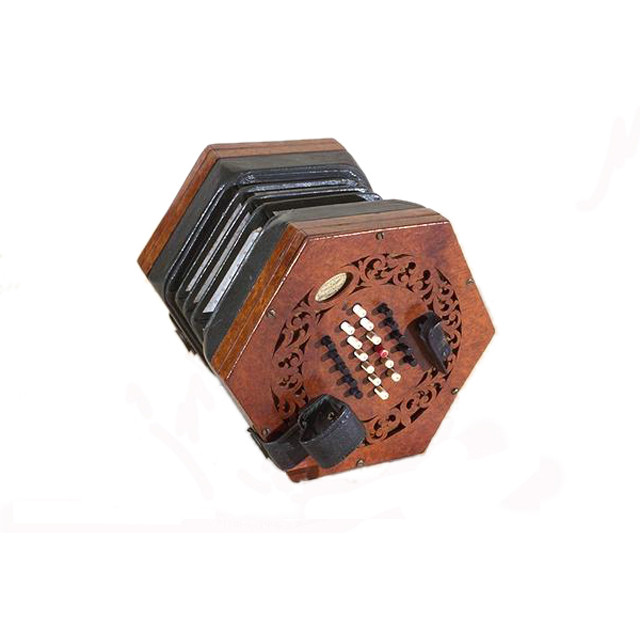 Charles Wheatstone (1802-1875), best known for his work in the field of physics, patented the English concertina in 1844. The instrument had already been in production for some years following his 1829 patent for the symphonium, a free reed mouth organ. A bellows-blown model was shown in an illustration accompanying the 1829 patent. Charles Wheatstone's family had been involved in the musical instrument trade for some years, and his brother William Dolman Wheatstone joined the firm in 1837. The following information is recorded regarding the purchase of this instrument in the ledgers of the Wheatstone concertina factory (http://www.horniman.info): 15 Dec 1842: 44 [buttons] Mrs H Shelton (C1046, p.16) 15 Dec 1842: 44 [buttons] Mrs H. Shelton 20 Dec [18]43 (C104a, p.30). The concertina is classified according to the system of Hornbostel and Sachs as a 'set of free reeds, with flexible air reservoir and keyboard'.