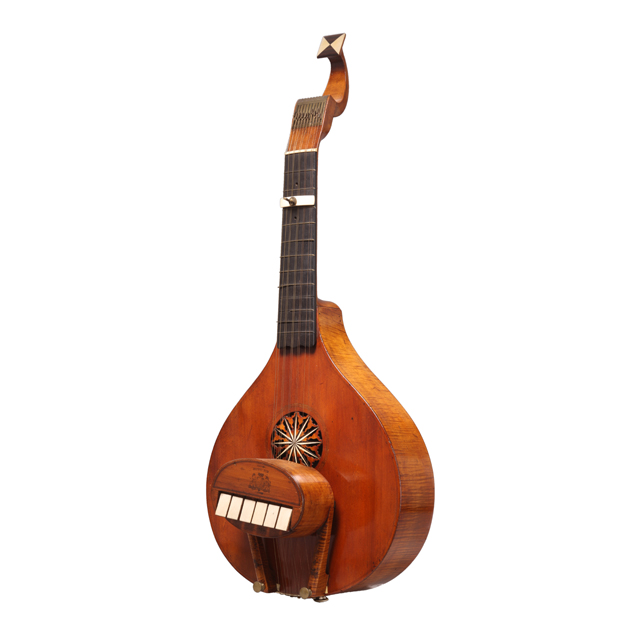 The English guitar or guittar was the name given to a cittern popular in the 1750s to the early 1800s. This instrument was called the English guitar to differentiate it from the Spanish guitar, and a seven-course cittern made in Continental Europe. This particular guitar has two patents: one is the watchkey tuning mechanism of J.N. Preston which made the short strings easier to tune than normal pegs; the other is Smith's playing mechanism, a hammer action making the guitar easier (and possibly less painful) to play. A third feature is the capo tasto, screwed into holes in the fingerboard. This device makes it easy to play in different keys. The English guitar became so popular that Kirckman, the harpsichord maker, saw it as a threat to his livelihood. He gave away English guitars to street singers and prostitutes, in order to lower its status and to boost the popularity of the harpsichord as an instrument played by "respectable" women.