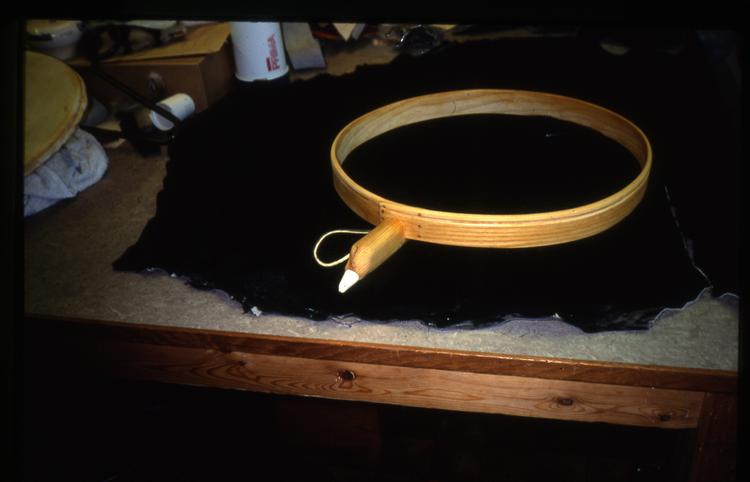 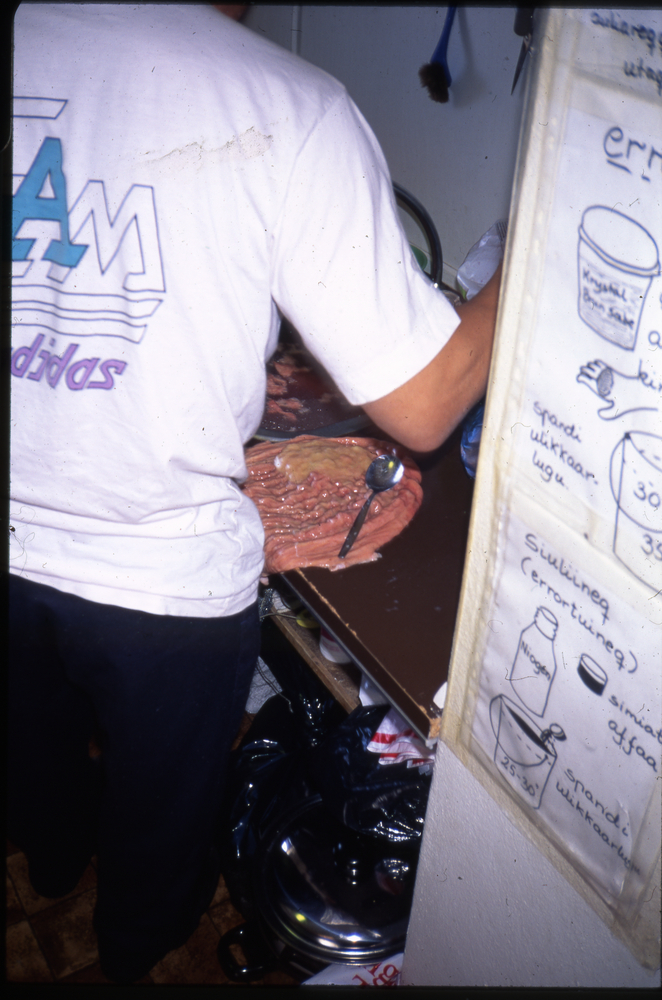 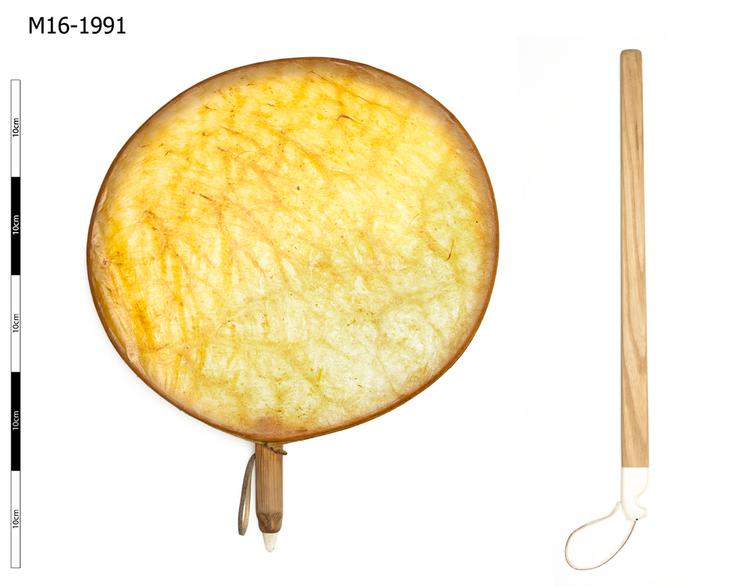 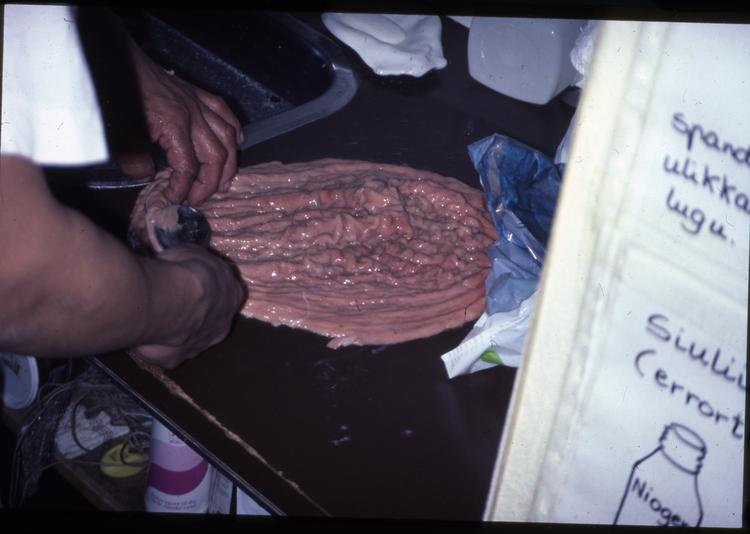 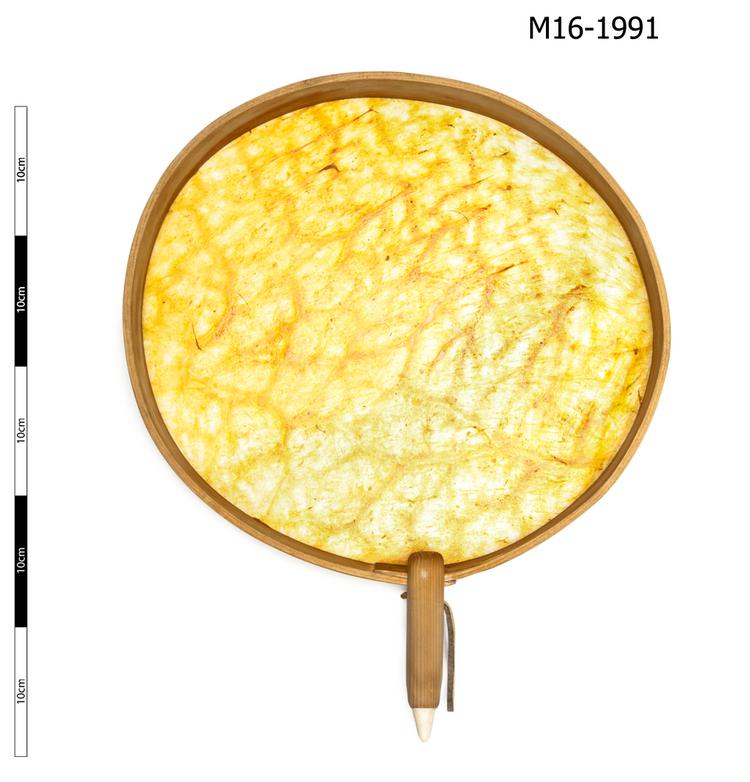 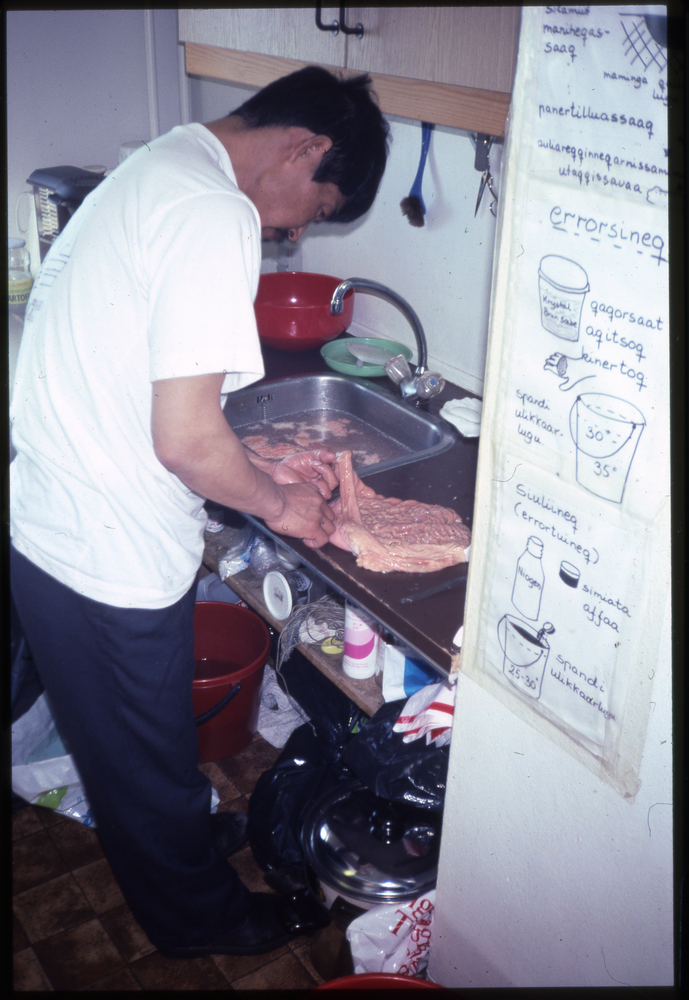 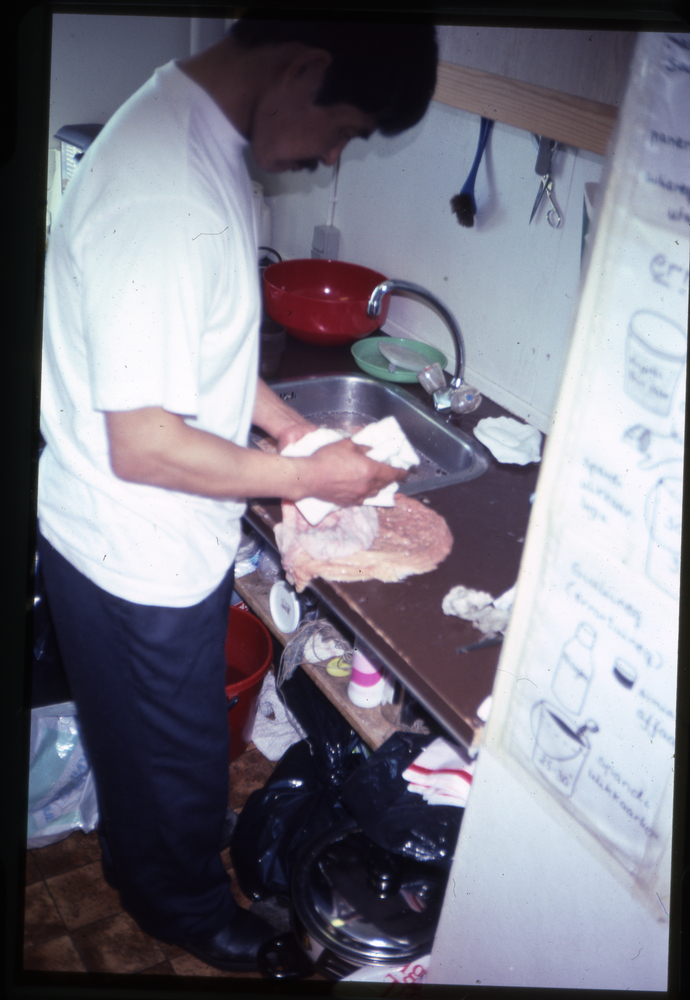 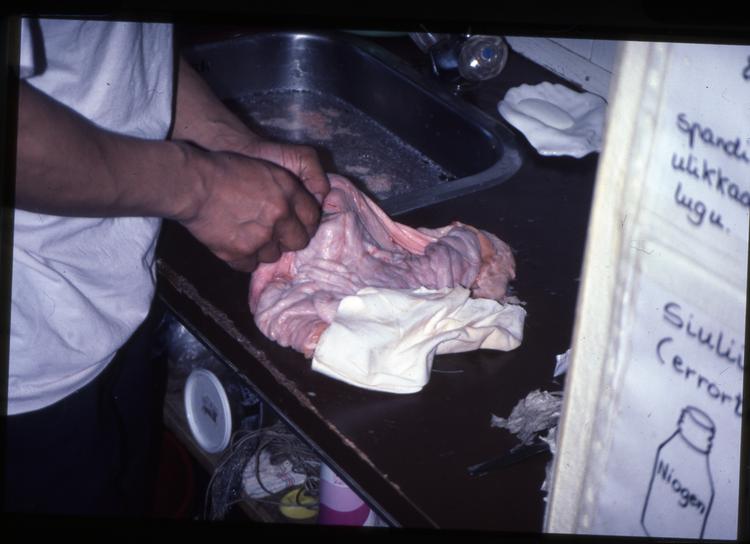 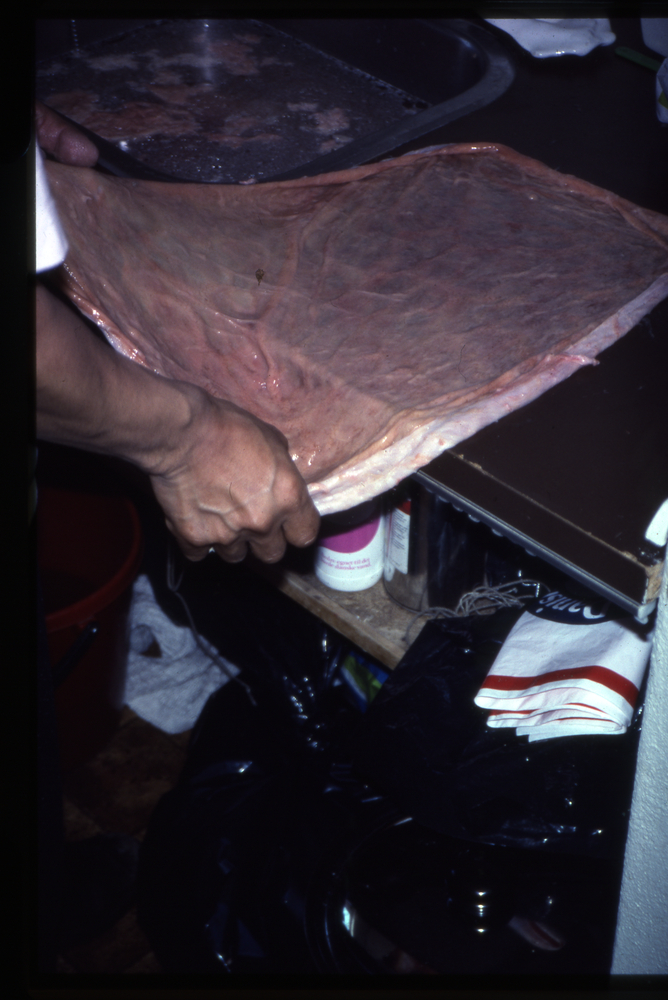 This is a modern Inuit drum from the community of Angmagssalik in Greenland, made in 1991. It is stylistically identical to drums which have been produced in the Arctic for centuries, with a skin made from a polar bears stomach stretched over a driftwood frame. These drums are crucial in Inuit ceremonies, providing a regular rhythmic beat which helps organise the movement and songs necessary to communicate with spirits. They are also used in less ritual moments, to make music as part of the community coming together at important occasions.

Over the centuries the Inuit have adopted many European traditions and materials, but skin drums of this type are still crucial to the Inuit way of life, and still made in traditional ways with traditional materials.