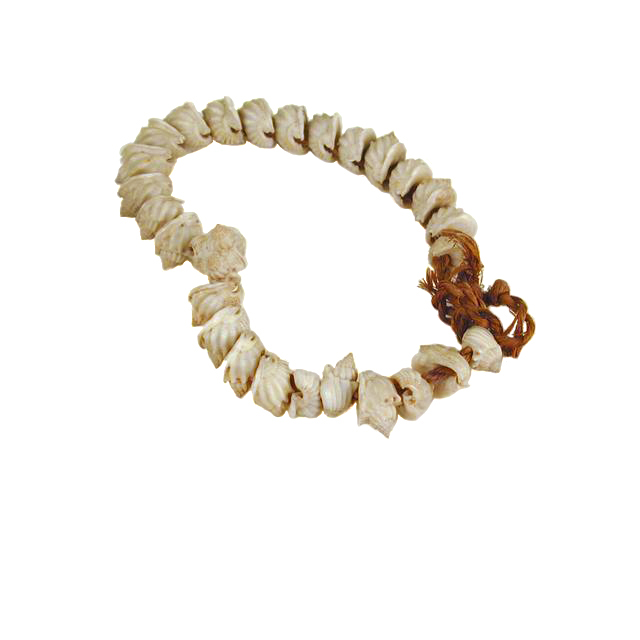 Widow's rattle strung with mollusc shells, used to alert others to her tabu status when approaching.

Widow’s Rattle, Santo island, Vanuatu, Eastern Melanesia. In general, such rattles of snail shells were not widely worn in Vanuatu, and weren’t worn as dance accessories in the way that jingles were worn for dancing elsewhere in the Pacific. Rather, such strings of pierced snail shells on coconut fibre cordage were highly restricted in use: They were worn only by widows in the western part of Santo Island. Widows wore such shell rattles as a breast ornament, rattling them as they approached settlements to warn the inhabitants of their tabu (taboo) status. This forbidden and closed-off status came about because the widow had a customary responsibility to sleep next to her dead husband for several days after he passed on, which rendered her dangerous for anyone to touch for several months afterwards. Shell, vegetable fibre. Collected in Vanuatu by the Rev David Lloyd Francis in the 1930s and sold to the Horniman Museum by the Melanesian Mission in 1956.