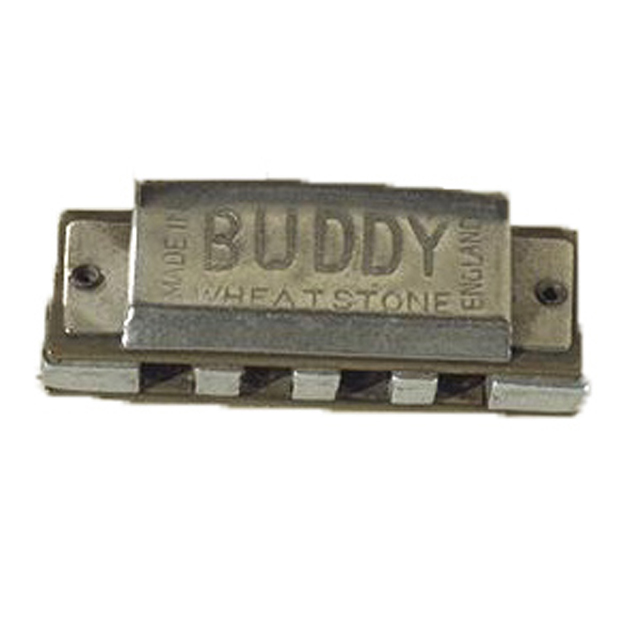 Although it bears the Wheatstone stamp, this instrument was actually manufactured under the auspices of instrument makers Boosey and Hawkes, who acquired the name in 1948 and produced Wheatstone branded instruments at their Edgware factory until 1975. Wheatstone is a name synonymous with the construction of concertinas, which had their origins in Charles Wheatstone's 1829 patented symphonium - another type of free reed mouth organ, in which buttons were linked to levers controlling pallets admitting air to the reed for each of the notes.