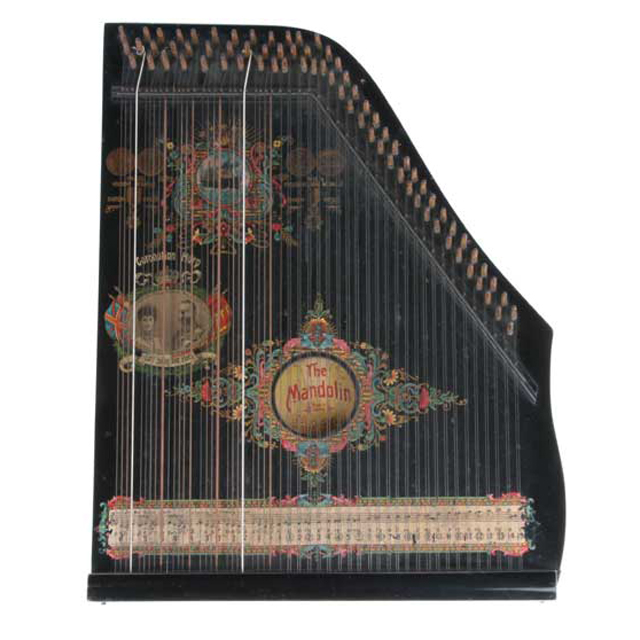 Zither, mandolin harp. Irregular pentagonal shape, painted black. The bass strings on the left hand side are arranged in different four-note chords. On the right the melody notes are double strings. The strings are struck with hammers. The internal label reads: Mandolin Harp/Made in Saxony. On the soundboard are transfers of George V and Queen Mary, below the words: Coronation Harp. Above this is a transfer of a steamer flanked by medals of the Paris and Vienna exhibitions.

On the right hand section where the melody is played, there are two strings (a double course) per note in this zither, as there are in the mandolin. The marketing potential of the ties between the British Royal family and Saxony in Germany was exploited by manufacturers based there in the late 19th and early 20th century. An accordion made in Saxony in the Horniman Museum's collection bears the name 'The Empress', referring to Queen Victoria's title as Empress of India. This zither was linked by its makers to the coronation of George V and Queen Mary in 1911. In 1917, George V changed his name to Windsor, publicly distancing himself from his German ancestry.