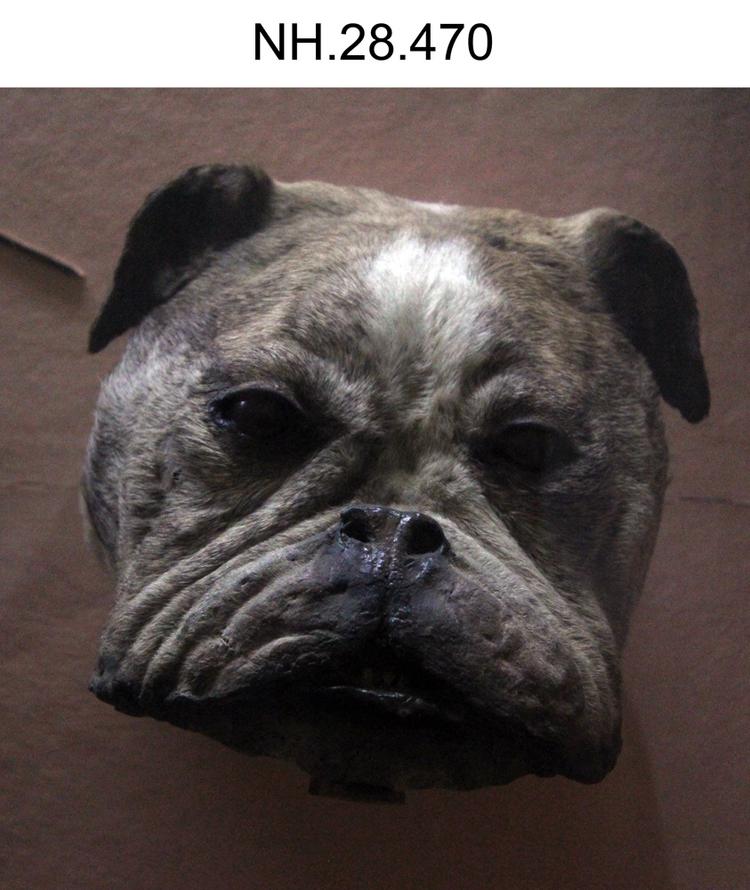 Our dog heads were made by Edward Gerrard and Sons, a London taxidermy company set up in 1850 and in business until 1967. Gerrard’s supplied taxidermy mounts, skeletal specimens and models to museums, educational institutions and private customers.

Our series of dog heads were bought from Gerrard’s between 1928 and 1930 for use in our Natural History display explaining evolution. They illustrate that breeds of domesticated animals are products of artificial selection by humans, from a single wild ancestor - in this case the wolf.