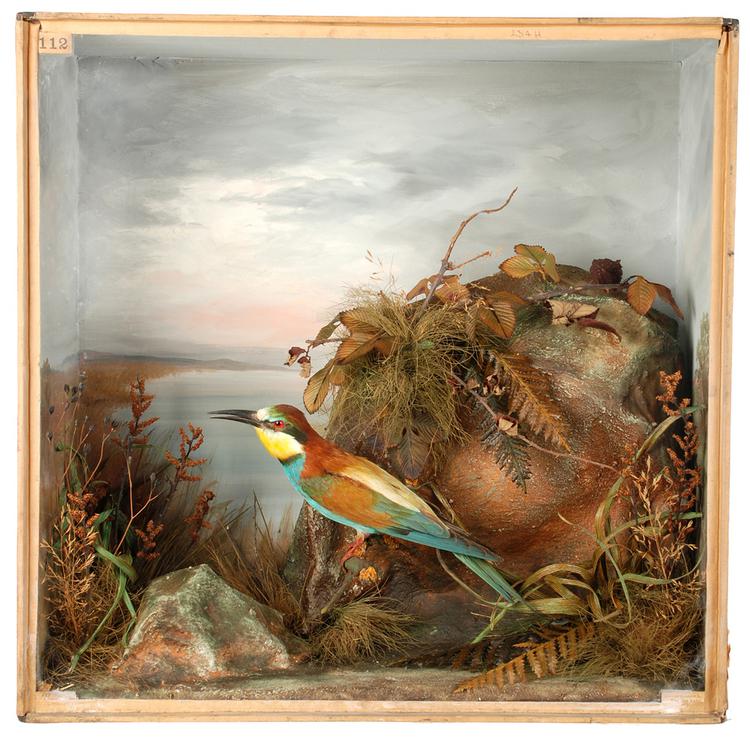 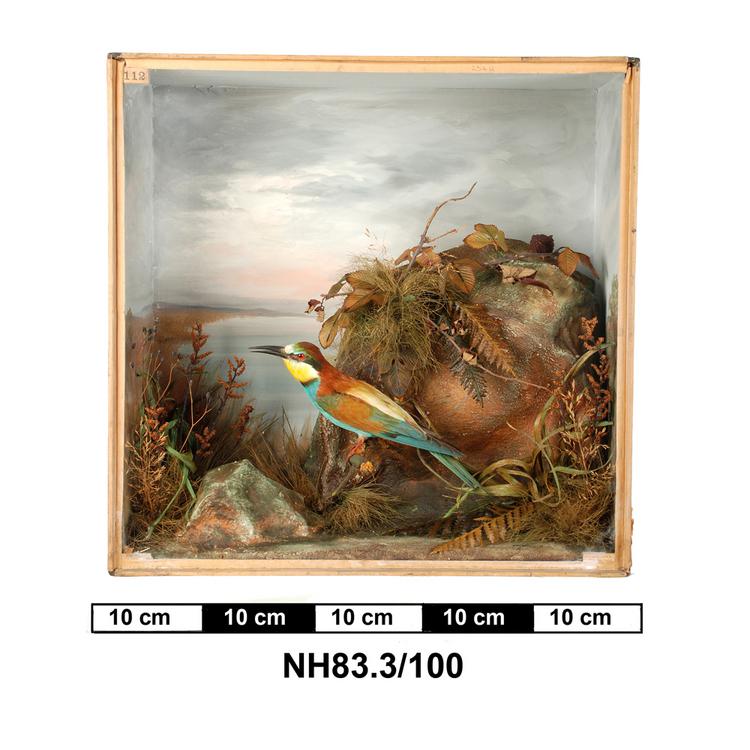 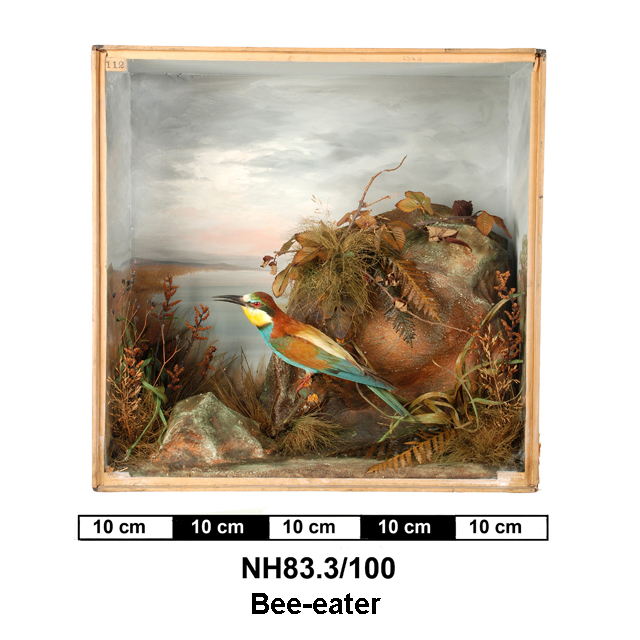 Taxidermy case of adult male European Bee-eater in summer plumage. According to Edward Hart, writing on 15 April 1927, '(No 1): adult male, summer plumage. Shot by Mr T. Critchell in his garden, near Sheepwash, Iford, Hants, May 21st 1888. Sexes differ. Summer and winter plumage differ. Mounted by me'.