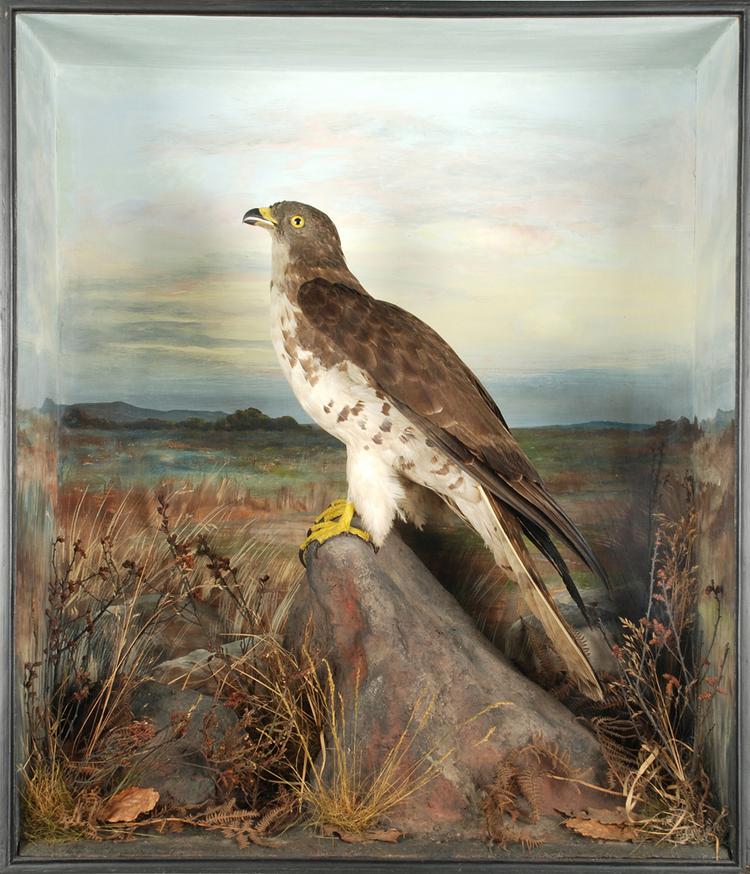 Taxidermy case of male Honey Buzzard. According to Edward Hart, writing on 11 April 1927, '(No 1): male variety, with wholly white underparts, shot by me whilst it was feeding at an ant hill on Hurn Common, Christchurch, September 20th 1875. In 1856 it became known that a few pairs bred in the New Forest. £5 was offered by dealers for the two eggs and £40 for the pair of old birds. To dwell in a fruit garden without getting into mischief was beyond the power of the first man, and his successor could not withstand this temptation. Consequently the eggs were taken and the old birds shot, no young being reared. Consequently the Honey Buzzard soon became exceedingly scarce. But in spite of all its enemies it sometimes breeds in this country. In 1894 eggs were laid in the first week in June and the young sucessfully reared - at some distance, however, from the old haunts of this species. Unlike others of this genera, the lores are finally feathered down to the cere instead of bristles, the claws are not much hooked, its principal food being wasps, wild bees and their larvae, mice and small mammals. Sexes alike. Summer and winter plumage the same. Mounted by me'.