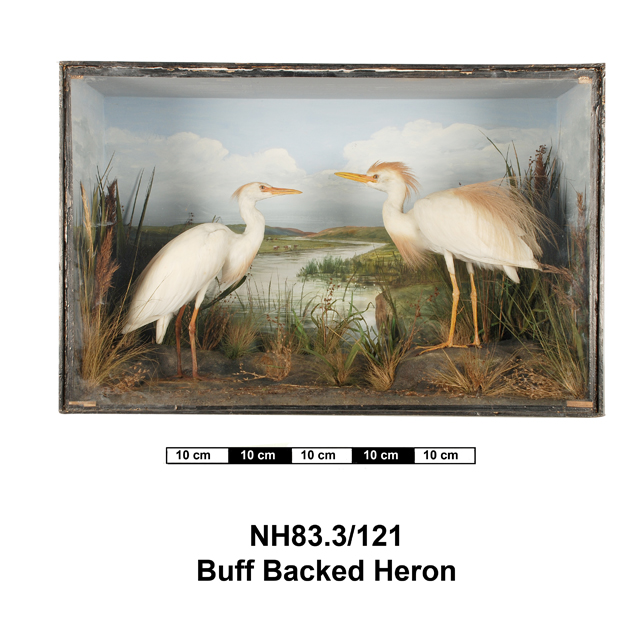 Taxidermy case of adult male and adult female Cattle Egret in summer plumage. According to Edward Hart, writing on 23 April 1927, 'Left (no 1): adult female, summer plumage, Cyprus 20th May 1921; right (no 2): adult male, summer plumage, Spain 1st June 1912. Both the above (partly modelled) sent to me by Rowland Ward at Mr Hall's request, for making into a case. The male and female are alike in both summer and winter plumage, but the female is rather smaller and the plumes less developed. Sexes differ in winter, but are alike in summer. Summer and winter plumage differ'.