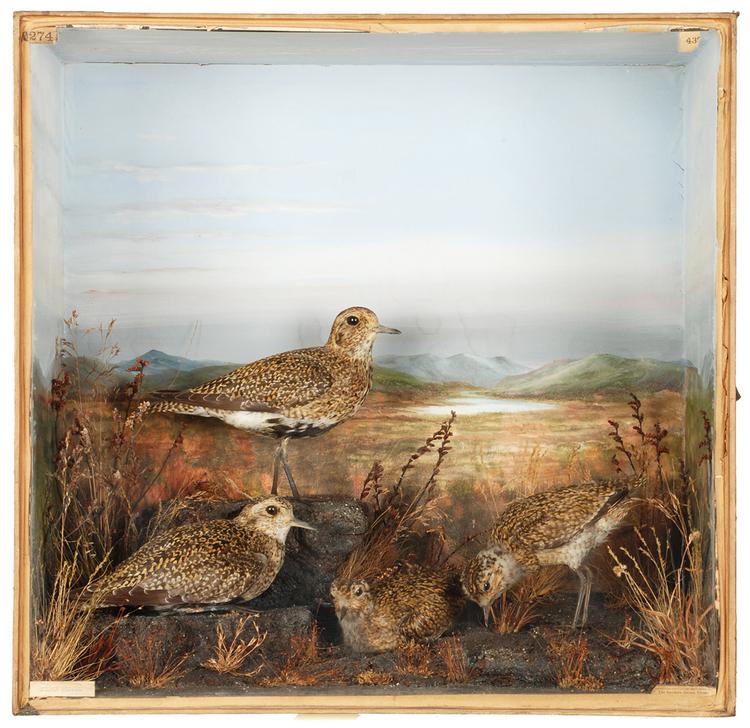 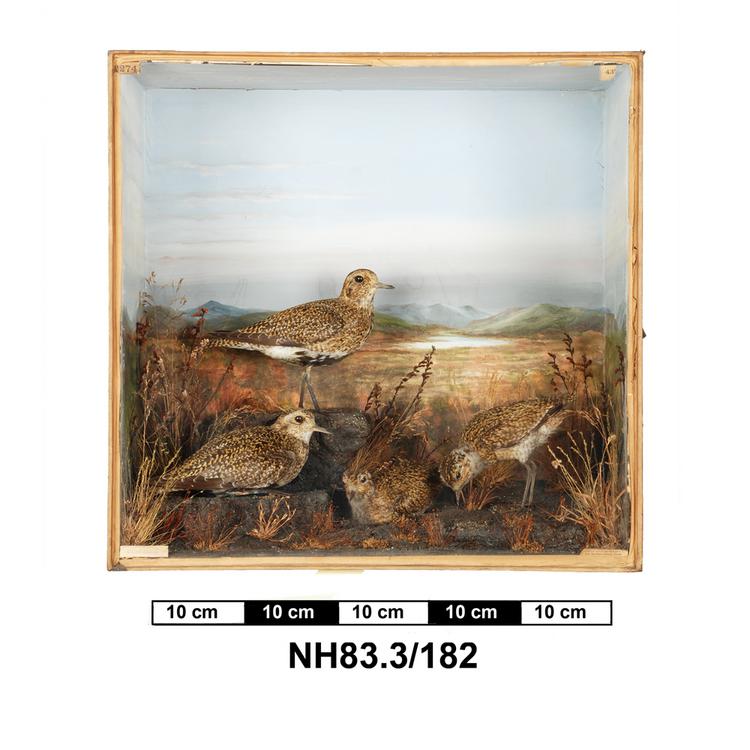 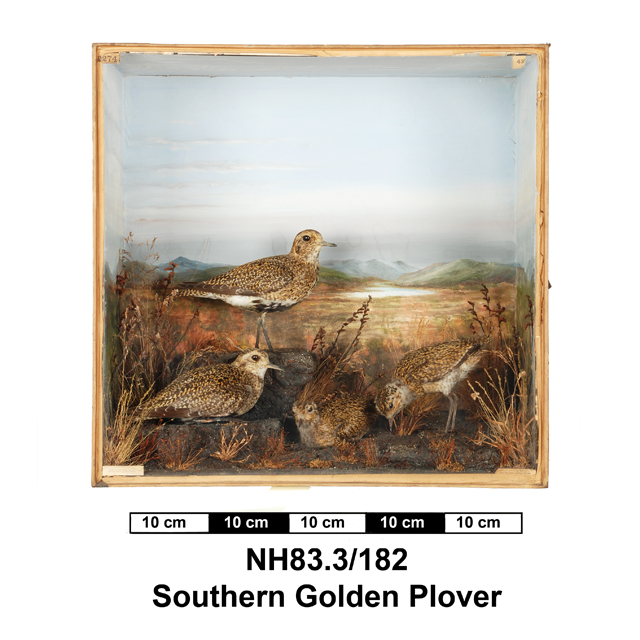 Taxidermy case of adult male, adult female and two young European Golden Plover. According to Edward Hart, writing on 1 May 1927, 'Bottom left (no 1): adult female, April 30th 1919, summer plumage; top left (no 2): adult male, April 30th 1919, summer plumage; bottom middle (no 3): young, June 12th 1919; right (no 4): young, June 12th 1919. All of the above were obtained at Kildonan, Sutherlandshire and presented to me by Miss A. Radcliffe. Females are generally the larger. Sexes differ in summer plumage, alike in winter plumage. Summer and winter plumage differ. Mounted by me'.