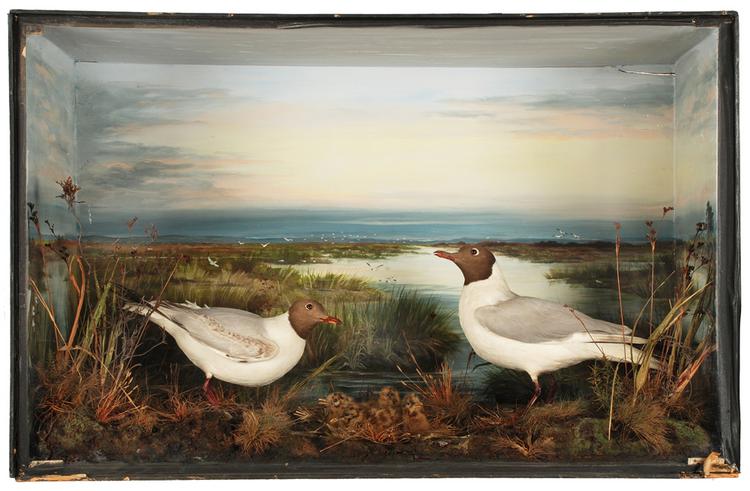 Taxidermy case of adult male, adult female and three young Black-headed Gull. According ot Edward Hart, writing on 6 May 1927, 'Left (no 1): adult female, summer plumage, 1884; (no 2): adult male, summer plumage, 1884; (no 3): young, May 1904. Nos 1 & 2 shot by me in Christchurch Harbour. Young obtained at Pitt House, Avon Tyrell, Hants. The adult in Spring assumes a sooty-brown hood, which is produced partially by moult and partially by pigmentation. In late summer the brown hood is moulted and replaced by a lighter one, excepting a dark spot on the ear-covert, and another on the lore. Sexes alike, summer and winter plumage differ. Mounted by me'.