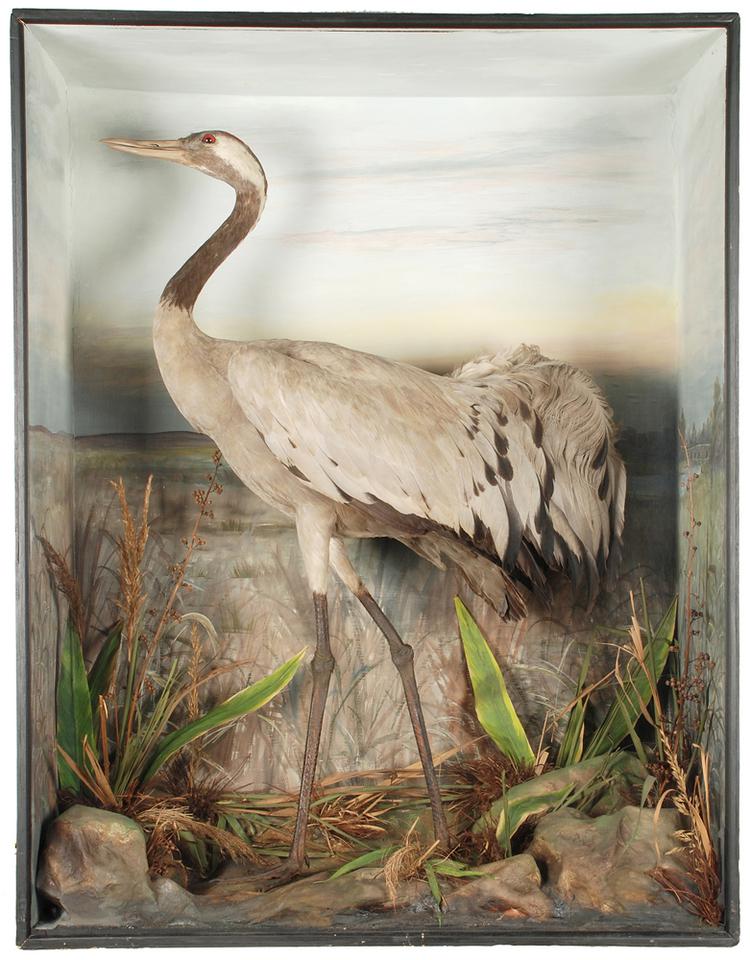 Taxidermy case of adult male Common Crane. According to Edward Hart, writing on 9 May 1927, '(No 1): adult male, 1852. Shot on the River Stour, Christchurch by Mr Bullock, Iford, Christchurch. I have the sternum of this bird showing the singular structure of the windpipe or trachea, quitting the neck passes downwards and backwards between the branches of the furcula or merrythought, towards the inferior edge of the Reel, which is hollowed out to receive it; into this groove, formed by the side of the Reel, the trachea passes and is firmly held by a membrane and after making three turns, passes again forward, then upwards and backwards to be attached to the two lobes of the lungs by the bronchial divisions. Sexes alike. Summer and winter plumage the same. Mounted by my brother'.