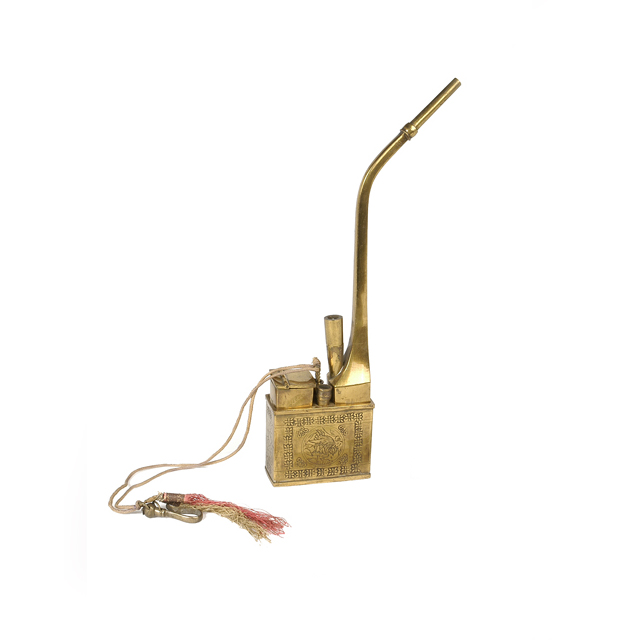 Brass water pipe consisting of a base, water container with stem and mouthpiece, a hollow tubular burner, two tubular mobile containers and a tobacco holder. A cord with twin silk tassels secures the water container to a protruding knob at the centre of the body. The brass, square base of the pipe has etched decoration on four sides. Two have etched roundels of a cockerel surrounded by band of stylised floral motifs. The other two sides have etched bamboo sprays bordered by floral motifs. There are four holes to house different parts: two large holes to store the tobacco container and water container, two small holes to store two tubular mobile containers, which hold tweezers and a cleaning brush. The brass water container has a long gooseneck stem and mouthpiece at one end, a shorter hollow tube at the other end where a brass tubular burner would be inserted. A maker's mark of six characters is engraved on base.