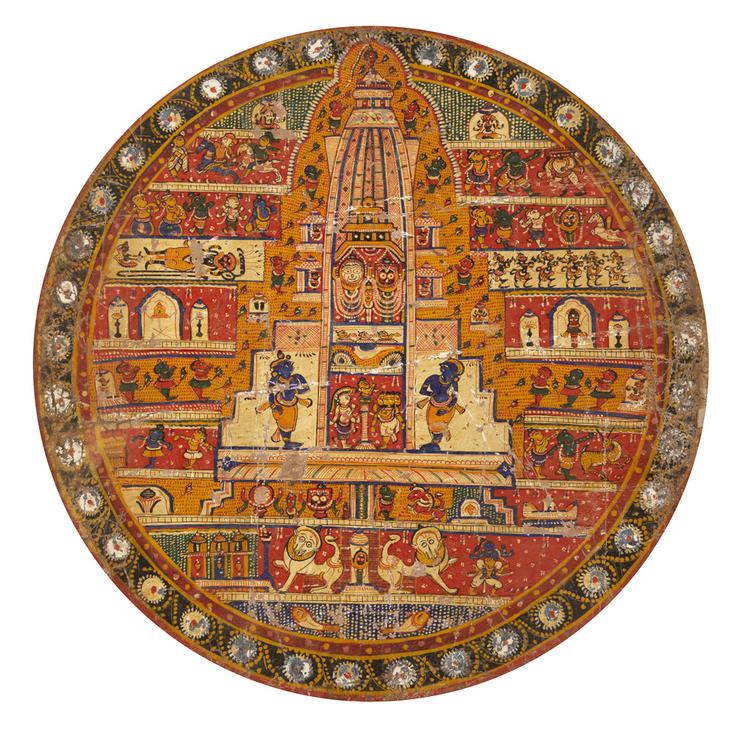 Circular painting on canvas depicting the temple of Jagganatha at Puri, Orissa, int he form of a tall shrine in which are the figures of the Jagannatha triad: Balabhadra on the left, the goddess Subhadra in the centre and Jagannath on the right. Jagannath is depicted with a square black head, the body represented as a very simple shape. The eyes are very large and round. Balabhadra is similarly stylised, with a white round head, body similar to that of Jagannath. The goddess Subhadra is very small in comparison, wedged between the two. Outside and at the base of the shrine are two blue figures, one at each side. The rest of the field is divided into horizontal strips populated with figures of dancers and worshippers and offerings. Below are two prancing lions and in the lowest strip two fishes.