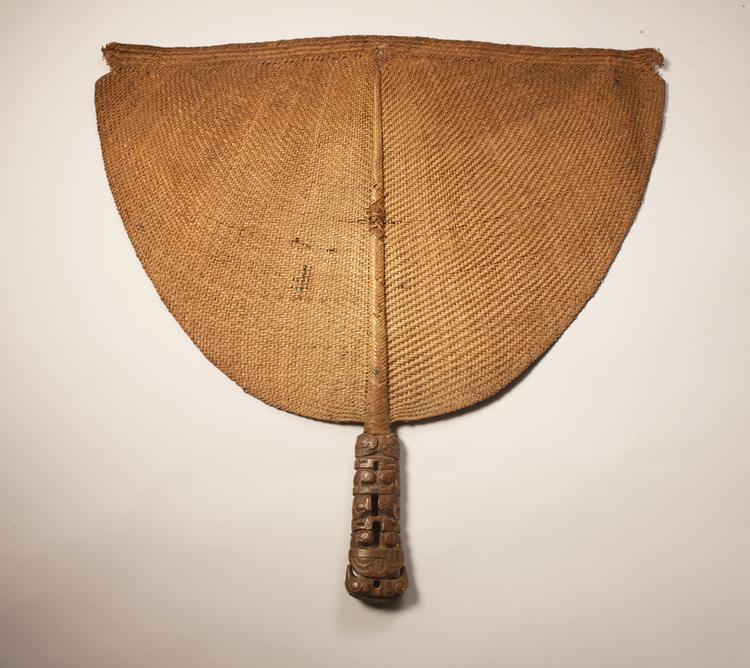 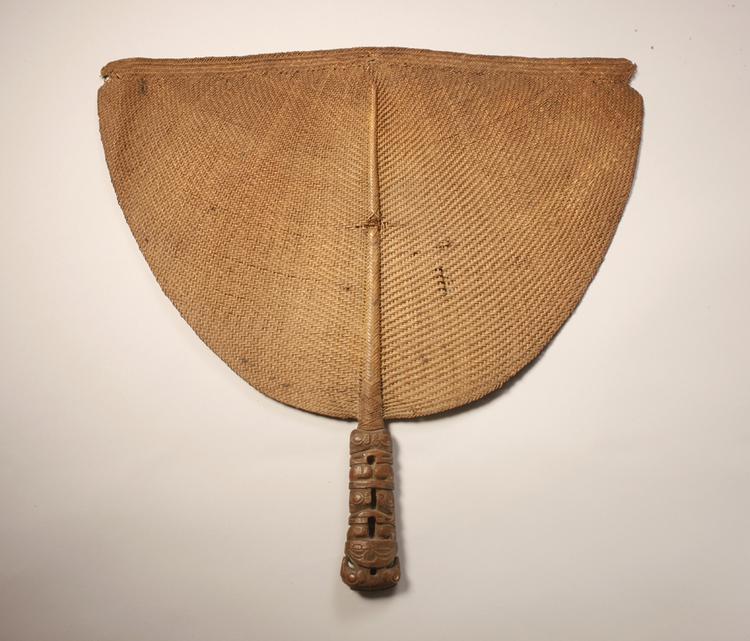 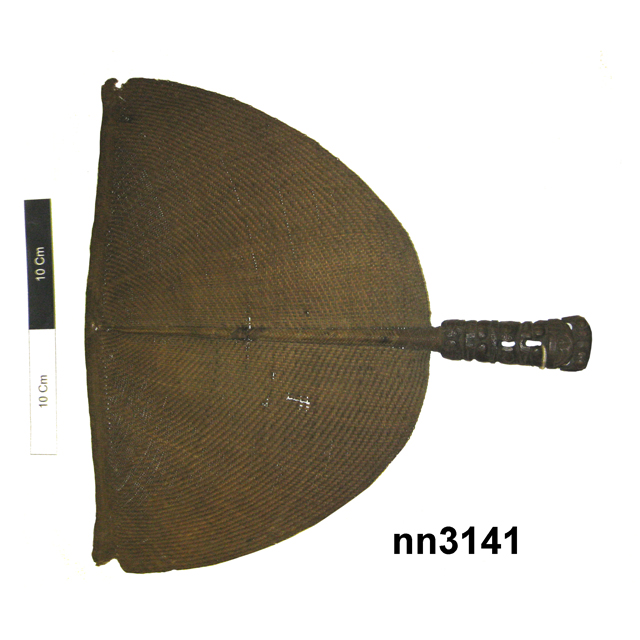 Fan made from a finely carved handle of tamanu wood and a blade of plaited coconut fibre. As rarely occurs elsewhere in Marquesas Islands art, the two lowest humanoid figures are depicted in profile with elongated, bird-like faces - showing ancestral links with the arts of the Austral Islands.

Fan, Tahi‘i, Marquesas Islands, Eastern Polynesia Marquesas Islands fans (tahi‘i) were carried by chiefs (haka‘iki), priests (tau‘a) and warriors (toa) as a mark of their status. The art of the Marquesas Islands has been described as a love affair with the human form, and we can see that in full flow in this fine early 19th Century example. While the blade of finely-worked Pandanus leaf fibres is itself an impressive example of the weaver’s art, the real mastery lies in the fan’s elaborately engraved handle (ke ‘e). Here we see a number of the distinctive ‘spectacled’ tiki figures so characteristic of the Marquesas, stood back-to-back and one atop another. We also see here (rarely found in other Marqesan carvings) two strange, almost lizard-like heads at the pommel end, which have a stylistic resonance with the figures carved on fly-whisk handles in the Austral Islands far to the south. Wood, vegetable fibre. Early 19th Century. Provenance unknown.