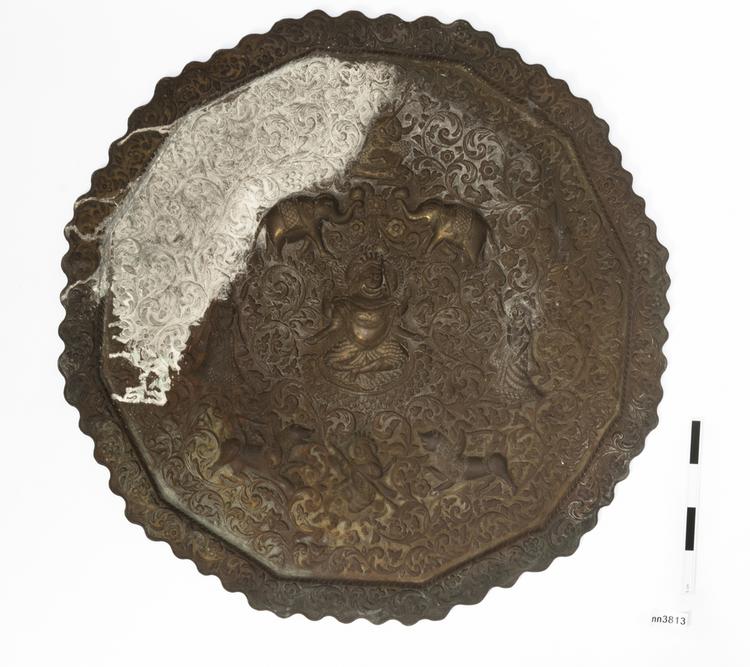 Twelve-sided copper alloy salver in repousse technique in high relief with a waved rim. Some details chased and punched. At the centre is an image of Lakshmi with two pairs of arms, sitting on a lotus throne and holding a lotus in the upper pair of hands. Two elephants, one to each side above the goddess. To either side is a female attendant carrying a fly whisk. Above is a figure of Shiva seated on a tiger skin holding a trident. Below at the centre is a crowned deity figure carrying a vina, probably Saraswati. To either side is a winged lion with one raised paw, a common feature of South Indian iconography. The background is decorated overall with a vegetal design.