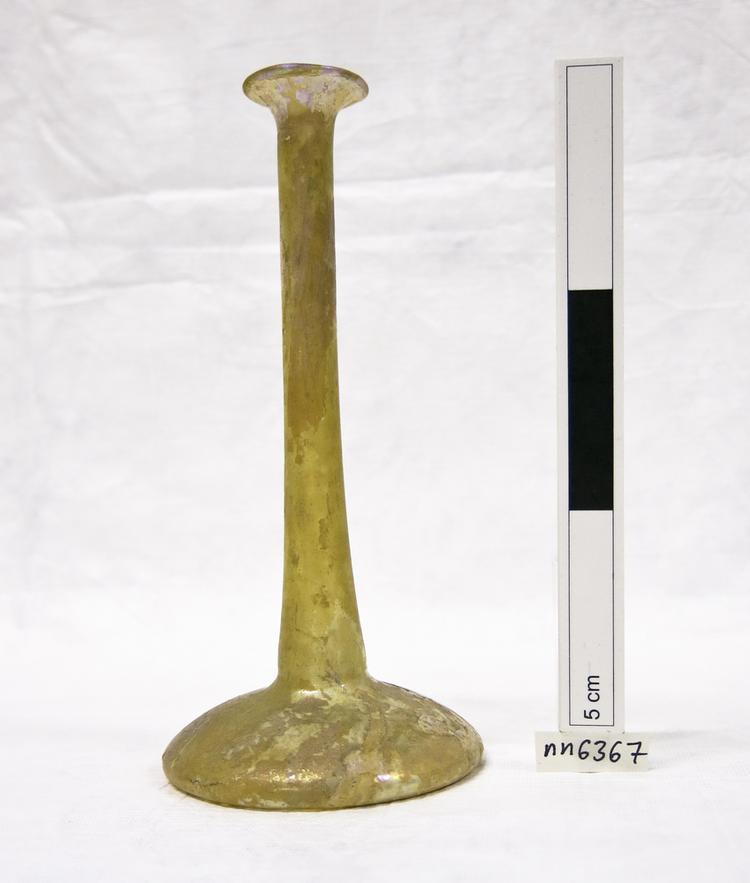 A Phoenician glass vessel with a flat bottom and squat, bell-shaped body, followed by a long tubular neck which tapers into an everted rim. Most likely blown glass when compared against other blown vessels of similar style and origin. This vessel is also known as a ‘candlestick unguentarium’ due to its long elongated neck. The glass is golden-brown coloured and finished with an iridescent glaze. The overall size of the vessel measures 170 mm x 76 mm. Corroborating with collections of similar style and origin at the University of Colorado Art Museum, this unguent was possibly made in Roman Lebanon between the 1st-3rd century A.D. This candlestick unguentarium was collected by Thomas Swan.

Unguentarium were vessels made to contain scented oils, perfumes and lotions - usually enjoyed by the wealthy. According to Pliny the Elder’s ‘Natural History’, the most popular scents were that of rose, saffron and marjoram. Stone inscriptions from ancient towns such as Pozzuoli, Italy, reveal that perfume makers were usually within close proximity to glassworkers, suggesting that artisans recognised the practical benefits of being close to a business they were connected to.