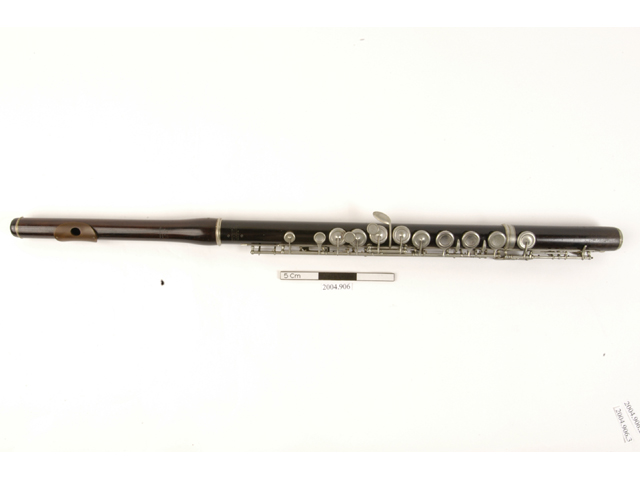 This wooden flute was made by Hawkes & Son at their Denman Street factory. It is typical of those preferred by players in London's orchestras during the first decades of the 20th century. Although players in France were already using the metal Boehm system flute, British players prized the wooden flute for its distinctive tone colour. It is often characterised as sounding darker than the metal flute. The most noted player of the wooden flute in the 20th century was Gareth Morris (1920-2007), who played principal with the Philharmonia. His tone was often described as heroic. Morris played wooden flutes throughout his career, but most players had switched to the metal flute popular today by the end of the 1950s.